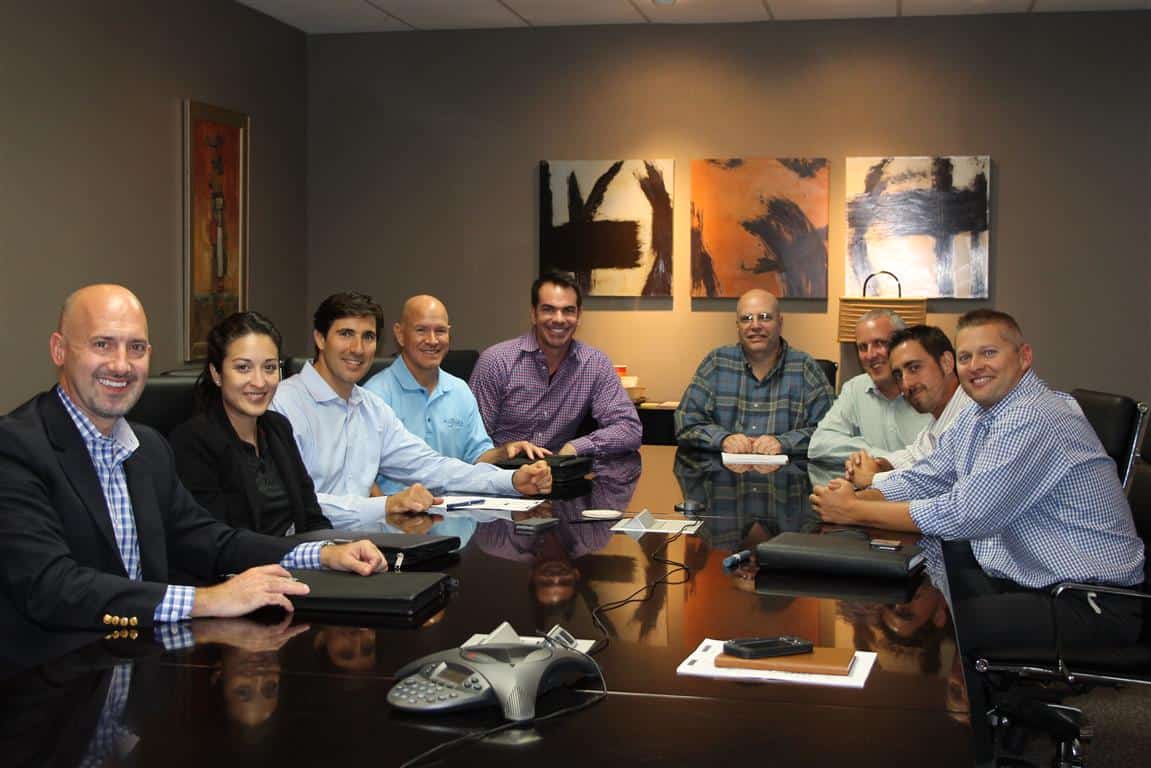 BlueGrace Logistics President and CEO, Bobby Harris, has seen his company rise to the top of the pack since opening the doors in 2009.

In 2012, BlueGrace, a company that facilitates freight shipping for businesses via a transportation management system – much like Orbitz or Travelocity does for flights – was named to the Inc. Hire Power Awards list for being one of the fastest growing private companies in the United States and creating significant jobs over a three year period. In addition, BlueGrace made the Inc. 500 | 5000 list, garnering the top spot for the Logistics and Transportation industry, the 20th overall ranking company in the United States, and the fourth spot on the Top 100 Florida companies list.

“That was a big one,” Harris said of the Inc. ranking. “We made some huge number jumps over that time period and it’s a national listing.”

Since then, they’ve been featured on the Entrepreneur 2014 New Franchise Rankings list and topped the 2014 Hispanic-owned Businesses list from the Tampa Bay Business Journal, with nearly $105 million in 2013 revenues.

In early May, Harris was named a finalist for the Ernst & Young Entrepreneur of the Year 2014 award, in the Emerging Distribution and Manufacturing category.

All of these accolades could easily go to one’s head, but anyone who has a conversation with Harris knows he’s well-grounded and very much in touch with what makes his business work – the people.

Two years after opening its doors, a representative from BlueGrace Logistics came to the Florida SBDC at USF, seeking assistance in getting minority-owned business certification.

“I think it’s important for two reasons,” Harris said. “There’s a lot of government entities that want to know that you have that. The other thing is we are always actively looking to hire the minority base – it’s a great labor market for us.”

Although the certification has not brought in more business for BlueGrace per se, Harris says that it has been phenomenal for some companies and that is affords them a better opportunity.

“You’re typically going to find more hardships in those minority-based businesses when they start and launch, because of their background. If there’s one thing I would’ve done differently, I would have seized on that certification more, because I’ve seen others who have done it to a tremendous level and have gotten a really good value out of it.”

Upon first meeting Harris, one may not know that he comes from a culturally diverse background. Harris’ mother is Cuban. His father was born in Newfoundland, and Harris himself, was born in England.

He was raised in Tampa since the age of eight, and found himself working on the Port Tampa Bay docks for Southeastern Freight Lines straight out of high school. He worked in various jobs in the shipping industry before getting on with a national firm, where he really started to learn the logistics of freight shipping.

He says the minority certification might allow one “to understand that it’s a place where you can have a lot of progress,” Harris said.

With more than 180 employees, Harris says his workforce is, “a very diverse culture. We have 20-year-olds all the way to 68-year-olds. The average age is probably around 40. We have Baby Boomers, Gen Y’s, Millenials…the whole range.”

Millenials have been a hot topic for the media in early 2014. In late May, Forbes contacted Harris for comments regarding the Millenial workforce.

“Millenials get painted with such a broad brush,” he said regarding the generation. “The typical Millenial they describe in the media is not someone I will hire. I don’t want that person. I would rather take a 55-year-old person who is a whiz bang in IT – and they’re out there – or I’ll find that 23-year-old that actually wants to put in the work and work at a great place that has a great return.”

Harris says the BlueGrace culture is a progressive one, featuring events such as Free Beer Friday, bounce houses, dunk tanks, and sometimes, the zoo comes to work. “We do crazy stuff all the time. If you have the best place to work, you’ll get a big crew to select from.”

As a graduate of the USF psychology program, Harris says having that background is almost an unfair advantage when dealing with people. “One of the cool things about USF – I just have an undergraduate degree – but as you start getting into the higher levels their industrial organization psych program there is very well regarded. You can get the influence there even in the undergrad courses.”

Harris has big plans for the coming three years, and he’s counting on his workforce, and their productivity, to get the company to the goal – $500 million by 2017. In the mean time, the recruiting staff at BlueGrace is marching forward as it hires additional employees to handle the business’ growth. Currently, the hiring process includes a psychological profile for each candidate.

“One of the criteria when we look at a psychological profile, is we look for empathy. We’ll cover a lot of other sins for that,” he said. “We don’t like people who don’t care. By virtue of doing that, we get rid of a lot of those icky people who might have a lot of intellect but have a real low EQ.”

Harris has faith in the BlueGrace executive team and its hiring practices, and understands, that the workforce ultimately affects the bottom line.

“A good hire is going to make you tenfold. A bad hire will take you ten points the other way.”