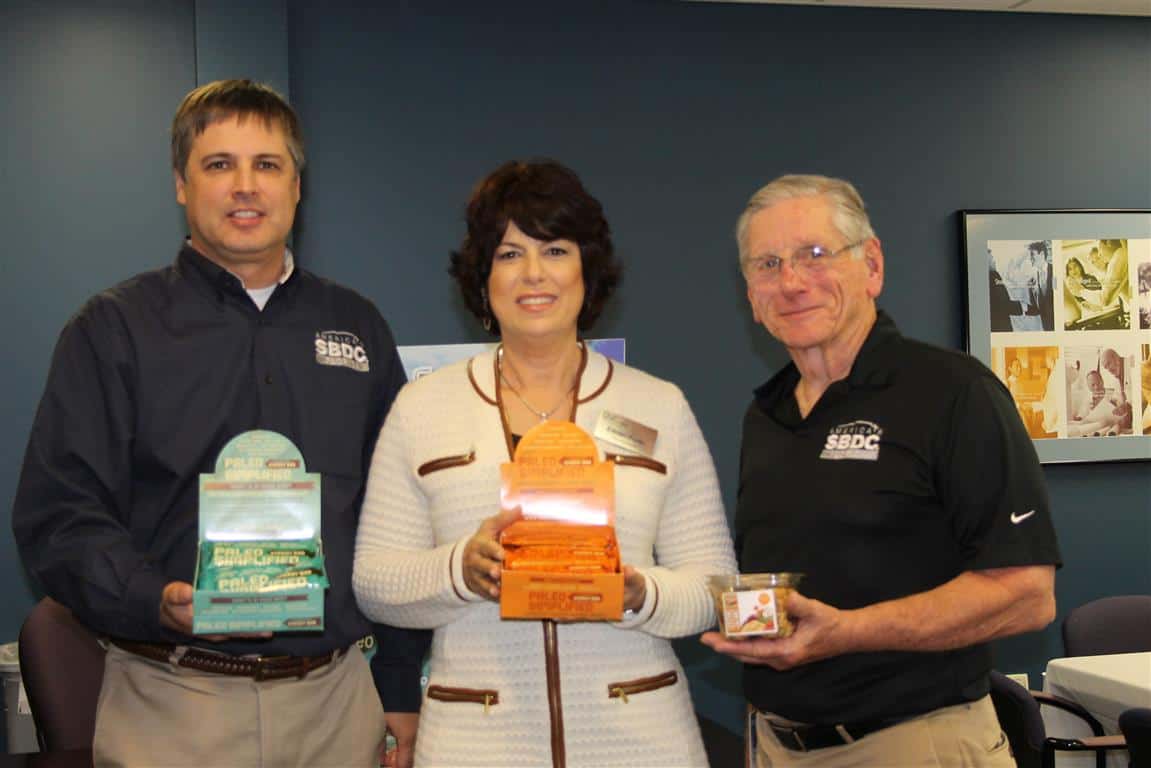 Approximately eight years ago, Eileen Forte was in her 50s and 60 pounds overweight. She knew it was time for a lifestyle change. That is when her daughter introduced her to the Paleo lifestyle. Little did she know that the diet would change more than her waistline, it would create an opportunity for financial success.

“I used to teach cooking for a living,” she said. “The only exercise I got at that point was lifting my fork.”

She said she began to do her own research about the diet and found validity from multiple sources. So she decided to adopt the lifestyle.

After beginning her journey, she began to notice a lack of on-the-go snacks and meals congruent with her new meal plan. In 2012, Forte felt compelled to “offer healthy, legitimate offerings to the health-seeking community.”

“I just wanted something quick, I was starving,” she said. “And I looked and there was absolutely nothing that I could buy. They all had soy, chemicals, artificial ingredients and preservatives, nothing of which I wanted in my body.”

Frustrated with the lack of choices, she headed home and used her background in cooking and began to create snack balls that were not only healthy but also delicious.

She would take the snacks everywhere with her and people began to ask her about them. After giving many free samples away, she realized that she needed to find other means of manufacturing the product, rather than buying ingredients at retail prices and selling them. She had a special tray manufactured, turned the balls into bars, slapped a label on them, and Paleo Simplified was born.

The word spread quickly and orders began to roll in.

“Before I knew it, I was spending my life making bars,” she said. “Everyone seemed to want them. I had a decision to make. Did I want to continue making the bars for fun or offer them to everyone?”

She decided that she wanted to offer them to everyone. In an effort to share her knowledge of the Paleo lifestyle and her bars, she started a blog.

Forte sought out the Florida SBDC at University of South Florida during the early stages of her company’s growth, after someone recommended she take advantage of the local small business development programs in her area.

She said when she first arrived at the Florida SBDC at USF, she needed a lot of help and guidance.

Mark Narus is a certified business consultant at the FSBDC at USF who specializes in Web site design, search engine optimization and Web site analytics.

“When she first came to the SBDC, she had a very basic Website. It was only going to get her so far. We had to sit down and design a more appealing site that could be used as a sales and marketing tool,” Narus said.

Forte said that when she first started, her blog got a little more than 100 visitors a month and now, thanks to Narus’s help, her Website gets over 17,000 visitors a week from all over the world.

“I would come to him every couple weeks,” she said. “I learned so much from him and immediately began to implement all that he taught me.”

With her new Website up and running, Forte began making her mark locally and was able to get her bars into some local health stores. But she wanted more. She turned to Wayne Brass, a consultant at the FSBDC at Pinellas County Economic Development, who specializes in marketing and sales development.

“Wayne has really transformed the way I think about things,” she said. “ He provided me with an in-depth analysis of the industry and really opened my eyes. I make sure to incorporate all of the key points he has taught me in everything I do.”

After taking Brass’s advice, she is now in health food stores and large chain stores across the nation.

Forte has seen a lot of growth in the two and a half years she has been in business. Though 2012 was a slow year where she said she saw little profit due to start up expenses, she said her profits doubled in 2013 and is now projecting that she will triple profits for 2014. She has also expanded in personnel by hiring two full time employees.

Forte is now expanding her target market to include government contracting. With the help of the resources provided by the FSBDC at USF, she is currently registered in the System for Award Management (SAM) database and has begun the process to earn her woman-owned business certification.

Forte said the greatest thing she has gotten out of the SBDC is support.

“I know where to go if I have a problem,” she said. “Having that support in your pocket as a young entrepreneur, is the most valuable resource you can have.”

Company reaches out to SBDC to manage growth