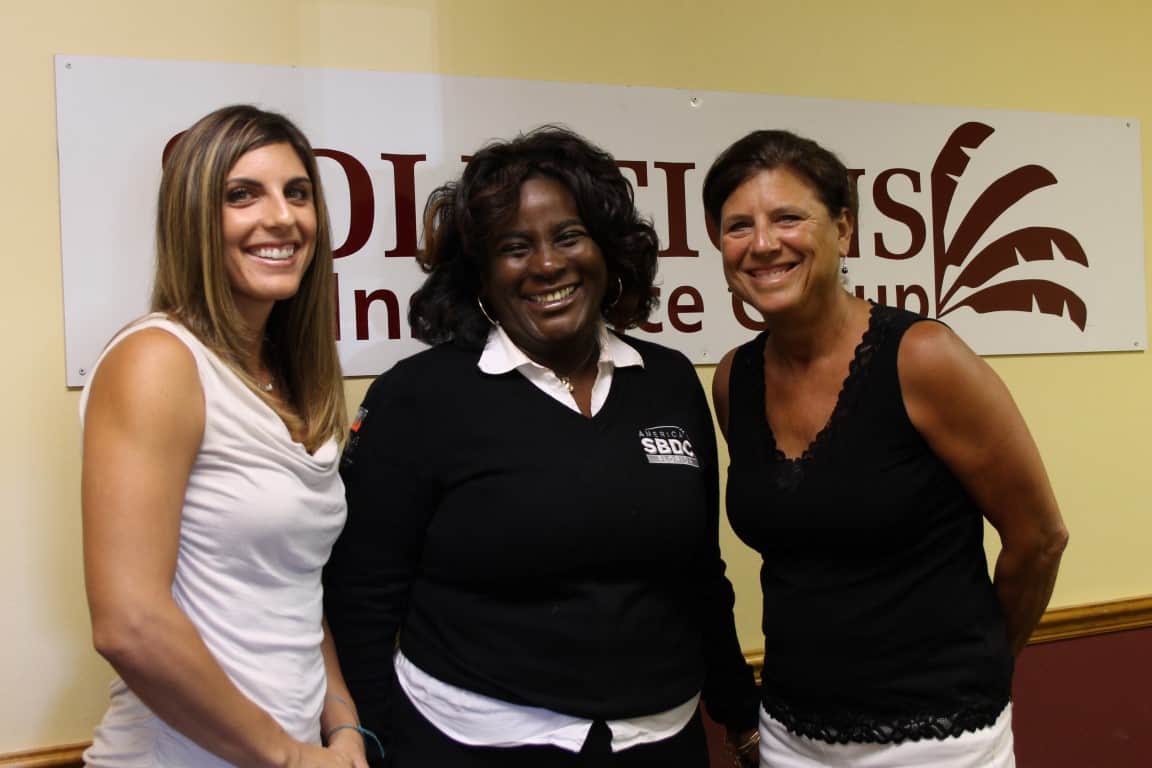 Starting a business can be an intimidating endeavor for many new business owners. But in 2007 when Laurie Laurenty began Solutions Insurance  in Tierra Verde, the economy was experiencing a downturn, and the experience became more than a little overwhelming.

“I thought I had plenty of money to start the business,” Laurenty said. “I had just paid off one of my condos and then the economy went down. I took out a home equity line until I could support myself and got my business going. When the economy went down, it cut off my home equity line after the first draw of $800.”
She had to find other ways to keep the business going. After exhausting efforts by using credit cards and taking a loan against her Roth IRA, Laurenty turned to the Florida SBDC at Pinellas County Economic Development for help.

“When all of this was happening and the economy was going down,” Laurenty said, “just going in and talking to Yolanda made me feel like I could keep going. Those first two years, I did not think we were going to make it.”
Yolanda Cowart, a certified business consultant for FSBDC at PCED, said that they instantly developed a relationship. Along with introducing Laurenty to tools for financial development, Cowart assisted in getting the business certified for the Republican National Convention small business network. She also encouraged her to explore other certifications such as Pinellas County’s Small Business Enterprise program.
Not only has Cowart developed a relationship with Laurenty, but also with Solution’s Business Development Manager and Laurenty’s daughter, Renee Tylicki. Tylicki is being groomed to take over the company when Laurenty retires.

Tylicki has also utilized many tools the FSBDC at PCED has to offer. She meets with Cowart at least twice a month to discuss any concerns or needs that she may have. She has also taken several classes through the FSBDC at PCED.

“It has been great to watch her grow into her role and evolve into the company as she is positioning herself to run the business when her mom retires,” Cowart said.

Tylicki is just thankful she has access to the resources available at the FSBDC at PCED.

“It is a great resource for somebody who might not know or someone who needs help with little aspects of their business,” Tylicki said. “Everyone should take advantage of it.”

Tylicki also joined Cowart’s focus group in which she joins other women business owners to talk about their experiences in owning and operating their own businesses. “I have learned a ton,” Tylicki said of the group. “All of it is new to me. Every time I go there, I learn something new.”

Solutions offers all lines of insurance; everything from homeowners and auto to personal, business and general liability. The company is currently entering the world of government contracting.

Laurenty said that though she had a rough start, she is now in a more solid financial position. In 2013, the business earned approximately $275,000 in revenues. She now employs two full time employees and three contracted employees. One of those employees was obtained through the FSBDC at PCED’s relationship with CareerSource.

Her goal is to double the revenue in the next five years before she retires – in nine years.
“I really appreciate everything the SBDC has done for us,” Laurenty said. “The first two years were so hard, I don’t know where we would be if it were not for the SBDC. I don’t know, maybe we wouldn’t have made it at all.”

COS Janitorial Services of Hillsborough County
Scroll to top