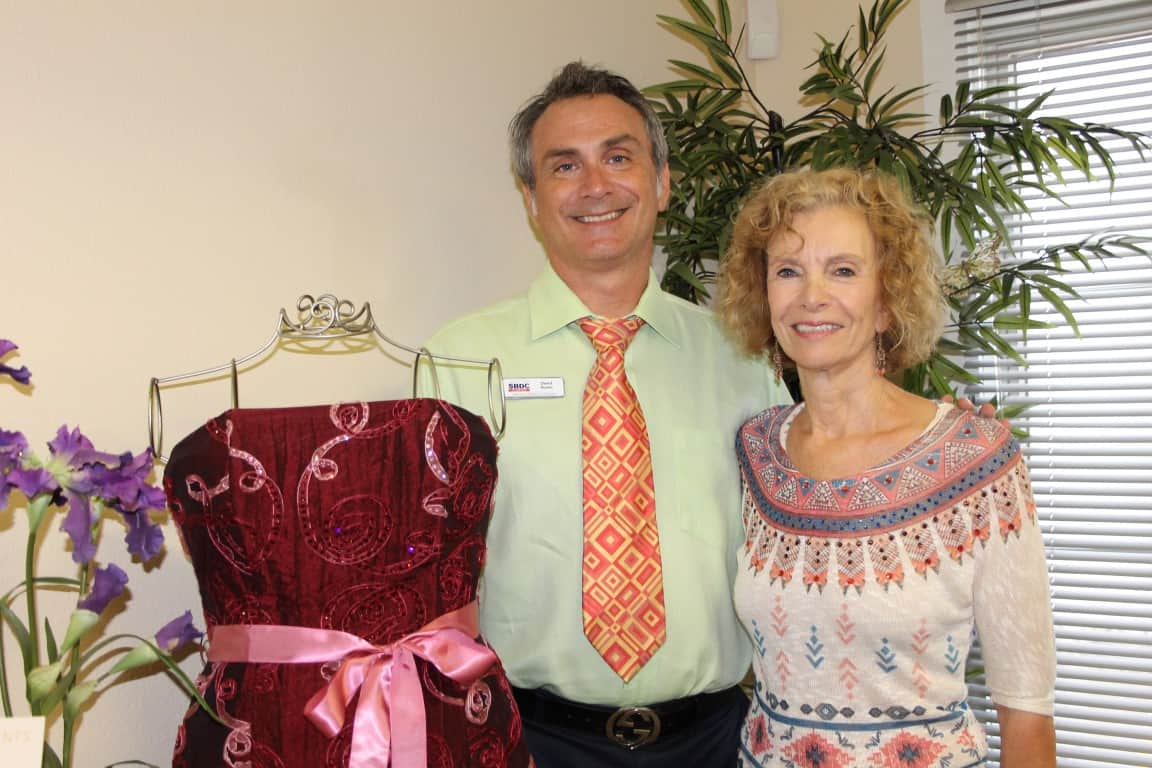 Thirty years ago, Lucia Reid was working with Michael Jackson look-a-likes in the entertainment business, in need of the famous rhinestone glove. After finding that rhinestones weren’t that easy to adhere to fabric, she came across crystals in Europe with a heat-sensitive glue backing. “They’re incredible,” she said. “So I got rid of the dance group and kept the crystals.”

That was the start of Creative Crystal Company, the first company in the United States to distribute the Bejeweler. The company manufactures the product, which is an electric hot-fix applicator that applies Swarovski hot-fix crystals to a variety of fabric types.

When the product was introduced to the market, business was booming, but along the way, there have been some challenges for the company as well.

“When we moved to Sarasota in 2001, we were growing quite fast and we wanted to get a loan to expand our growth,” Reid said. So, she reached out to the Florida SBDC at University of South Florida. The organization provided a no-cost review of their financials that helped to position the company to obtain a $150,000 U.S. Small Business Administration loan. “This put us in a much larger field than we’d ever been in,” she said.

Reid faced another challenge more recently, in growing her company. The company already distributes in New Zealand, Australia and the United Kingdom, but did not have a model for getting to the European market. “I reached a point where we wanted to expand distribution of our product…and when it came time to get the approvals that we needed, we just hit a stumbling block.”

As a result, Reid reached out to the Florida SBDC Network again, this time to David Auxier, a consultant at the FSBDC at USF Sarasota-Manatee. Auxier was able to contact the right officials in Europe to expedite the proper protocols. “Now we have a distributor for the Nordic region and we’re looking for distributors in other areas of Europe,” Reid said.

As the industry continues to change, Reid says she is looking forward to a continued working relationship with Florida SBDC at USF consultants. “We’ve been in business for 30 years, which means a lot of our clients are older people, and we need to hit the younger people,” she said. “We’re looking for a direction that will take us on the path to success again, and I think the SBDC will be able to show us how to get where we need to be. They’re helpful. They’re friendly. They’re very well-educated. They know what they’re doing.”

8 Tips for Business Success After Bankruptcy

Back Stateside – What’s next for returning Veterans?
Scroll to top