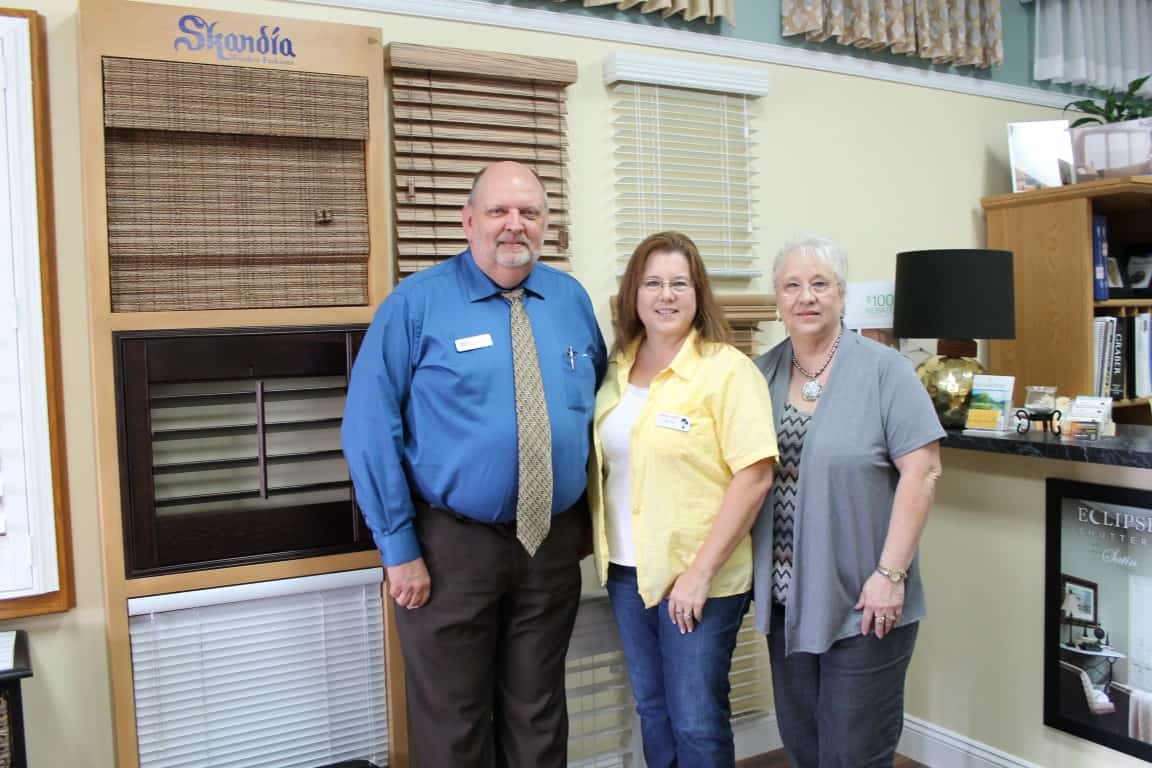 Starr Feller is excited about what the future holds for Blinds ASAP. In 2010, she bought Blinds ASAP of Sebring, from the previous owners. She had already dabbled in entrepreneurship, owning a successful drapery business in the late 80s with a friend.

“I was a little apprehensive,” she said of buying the business, “but through it all we’ve been blessed and our son-in-law and daughter joined us.”

Though the business experienced growth even during the Great Recession years, they felt like they needed some extra assistance in gauging their success.

Lara Vice, Feller’s daughter and office manager, found the Florida SBDC at University of South Florida, located at South Florida State College, by attending Sebring Chamber of Commerce events. “I thought it was a fabulous opportunity and I couldn’t wait to take advantage of it,” Vice said.

She added that she was most looking forward to, “getting outside expertise of how we go from where we are and make it more efficient, more profitable, and hopefully, less stressful.”

The management team provided the necessary documents for certified business consultant, David Noel, to complete an in-depth business assessment. “I thought they were a good candidate because they are very interested in growing,” Noel said. “They had their finances in order but there were some places that looked like they could have a little bit better control in certain areas.”

Noel compiled an extensive report and presented the results to the team in mid-January. He found that they were doing some things really well, and that there are opportunities for improvement in other areas, such as marketing.

Vice sees the report as an asset that they can keep going back to. “I think the benefit of having a written report is you can read it, you can set it down, you can think about it and go back to it,” she said. “Every time you pick it up you notice something that you didn’t before. It shows you what we’re doing right and what we’re doing wrong.”

While the team has not had a chance to implement all of the recommendations that Noel made, due to it being the busy season at the store, they have planned for implementation and continued work with the Florida SBDC at USF moving forward.

Vice says the company has room to improve efficiency in installations, office management and sales. “We have enough experience to be dangerous but we don’t have enough education in the aspect of how to streamline that,” she said, “and that’s where the SBDC and all their experts come in.”

Feller is looking forward to a future relationship with the SBDC as well. “For me, the SBDC has been an encouragement because I can see from where we started how far we’ve come, but I also can see some issues,” she said. “I want to make sure the growth is continuing but how we do that has definitely been a service from Dave to know that we’re on the right track. We didn’t have the support before to know where to start investing or where to take it out and that is making us stop and think.”

Starting a Business? More Resources Available Than You Think

The Export-Import Bank, Vital to US Global Competitiveness
Scroll to top