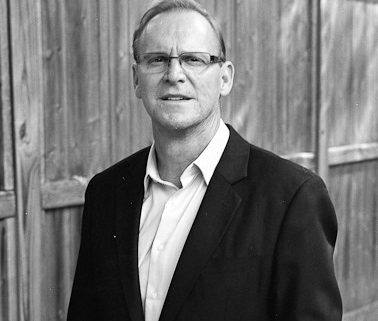 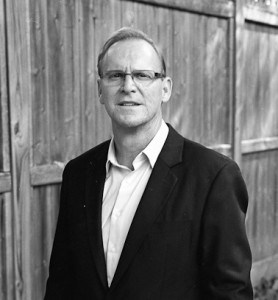 After receiving his master’s degree in finance from Mercer University, Walter Pavlo began his career like many graduates, confident and optimistic about the road ahead of him. He never thought that one day his path would lead him to becoming the poster boy for white-collar crime.

“I never really looked at myself as being an expert on white-collar crime,” Pavlo said. “All I ever wanted to do was put a face to my story. I think that is a powerful teaching tool. I try to convey parts of white-collar crime that some might not know, such as there are consequences that go far beyond a prison term.”

The consequences are something that Pavlo became painstakingly aware of in the mid-90s, when he and four others were convicted of money laundering and obstruction of justice.

The plan started out innocent. Pavlo was working as a collections manager at MCI and was beginning to notice a trend of bad results, so he began to develop a way to mask them.

“I cooked the books to make the numbers look better,” he said. “Then I figured out how to cook the books and transfer money into a personal bank account.”

The con lasted for a little over a year and different pressures acted as a catalyst that continuously led to one bad choice after another. After embezzling a little more than $6 million, he found that his choices led him to prison.

Years later, after serving his time, Pavlo found it hard to find a job and rebuild his reputation. Inspired by the realization that he was constantly talking about his crime, he decided to turn his mistakes into a lesson for others.

He began to work with the FBI, colleges and private organizations, developing classes that specialized in business ethics and white-collar crimes. He is now a finance and ethics professor in the MBA program at Ithaca College and a contributor to Forbes Magazine.

Pavlo will be bringing his expertise to the University of South Florida College of Business on October 10. He said his lecture will focus on how otherwise good people make bad mistakes.

“We have a misperception about what white-collar crime is,” Pavlo said. “Many people believe it is just bad people, greedy people, and unethical people. I’m not saying their acts do not reflect that, I am just saying a lot of times, they are just good people who make really bad choices.”
He said that he was blindsided by the actual repercussions of his mistakes. When he first began he thought, as many often do, that his actions would not hurt anybody. That he alone would bare the effects of his choices. But many of the people that worked in his department, no matter what role they played in the scheme, lost their jobs.

“A lot of people trusted me,” he said. “Trust is a value, and if you lose someone’s trust, you lose value. I certainly wasn’t aware of the magnitude of the risk or the punishment that was involved with it.”

What Makes a White-Collar Criminal?

Over the years, through his work, Pavlo has tried to find a pattern in the personalities of the people who commit these crimes. But, he said, there is not one. White-collar criminals come from varied social and economic backgrounds, religions, beliefs, races and cultures.

“I have given up on looking for a trend,” he said. “Instead of trying to look for a profile, I now tell businesses to look at their own policies an procedures they have in place to help prevent employees from making bad choices and committing these crimes.”

One thing that Pavlo said he will discuss at USF is that many of these crimes are committed in a sense of comfort, often in an office where the dangers of their potential bad decisions are masked with friendship.

“A great example of this is insider trading,” he said. “If someone obtains information on a stock, what I have seen is that they tend to share that with their closest friends as a favor. This is a risk that nobody sees at that moment.”

He said they tend to see this favor as helping a friend, but what they fail to see is that they are committing a corporate crime and there are risks involved in their decisions.

“I am trying to shed light on that. This is what the crimes look like in the moment,” he added. “That this friend wasn’t a greedy guy, even with an insider trade, he was just helping.”

What Pavlo wants businesses to know first and foremost is that any employee can fall into the temptation of stealing, embezzling and hurting the company, including their most trusted employees.

How to Detect White-Collar Crime

He says that the company’s only protection is to use data and analytics to create policies and procedures to curb behavior. He said that the era of big data is becoming more sophisticated and is allowing companies to dedicate resources to help predict where fraud may occur.

Pavlo offers these tips to companies as possible signs:

“What I am trying to say is we need to raise the level of professional skepticism to include all people that could commit some sort of fraud,” he said. “The number one goal is to make our companies safer to work in and reduce the temptation by making people aware of what risks there are, to keep it from happening to begin with. Most white-collar people are smart enough to know right from wrong and good and bad.”

His number one goal in all of his lectures and articles is to put a face on the problem. His talk at USF will be a little about him, but mostly about the stories he covers in Forbes. He said the audience will clearly see they are all the same. White-collar criminals, he says, are all seemingly good people who have made a bad mistake.

He said that there is one warning to anyone who may be contemplating acting on a crime:

“You are not nearly as smart as you think you are,” he said. “Usually these things end poorly. The ending is never what the person anticipates it is going to be. It is always going to be much worse and chances are you are going to get caught. It is not a very good life to lead.”

Pavlo will be part of a panel discussion on “Using Creativity and Analytics to Catch Crooks,” on October 10 at 4:30 p.m. at the USF College of Business.

Shaunda Wickham is a marketing intern for the Florida SBDC at University of South Florida.