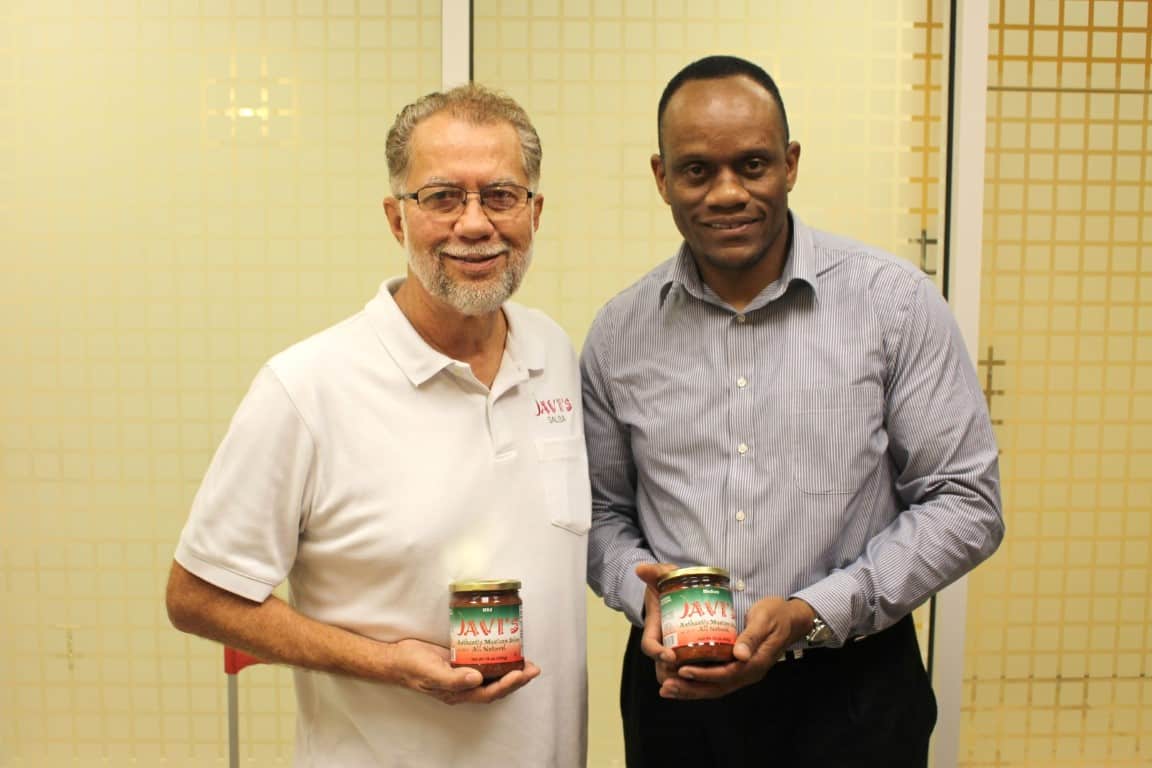 After working for the Hillsborough County Sheriff’s Office for 25 years, Javier Nava decided it was time to trade in his badge for salsa. Upon retirement, Nava committed to his three-year-old company, transforming himself from part-time salsa maker to full-time businessman.

Originally from Mexico, Nava and his family moved to the United States in 1956. Growing up in Texas, Nava spent much of his youth watching his mother cook.

“We would stand around and watch her cook and we could smell the ingredients she used; the oregano, cilantro, peppers,” Nava said. “I remembered those smells so when I created the salsa I tried to bring back those smells and aromas that I grew up with as a child.”

In the short amount of time Nava’s been pushing his brand full-time, he’s found a surprising amount of success. He has spent countless weekends at fairs, produce stands and festivals promoting his product.

Minnick directed Nava towards business seminars offered by the FSBDC at Hillsborough County and also informed him on minority business certification options. Like many food companies quickly discover, obtaining shelf space in grocery superstores is a tedious and time-consuming process.

“Last summer Dottie emailed me about the Winn-Dixie Winn-Local program,” Nava said. “We were one of the winners chosen by Winn-Dixie and currently we are in over 130 stores. We hope to soon be in the whole southeast for Winn-Dixie.”

Nava’s hard work was rewarded again last year when he earned shelf space at four Whole Foods grocery stores in the Tampa Bay area. He cites the process as being one of the most difficult processes he’s ever been a part of.

Recently, Nava started working with Corey McCaster, business consultant at the Florida SBDC at Hillsborough County. While their partnership is in its nascent stage, Nava looks forward to the continuing support and guidance.

“I make salsa and I’m pretty good at it but the Florida SBDC at Hillsborough County has helped me become a businessman,” Nava said. “With Corey, he’s beginning to mentor me and I’m slowly evolving into that businessman.”

“I’ve spent a lot of time with small business owners helping them think through the processes that they’ve had in place for years,” McCaster said. “To simply sit down and brainstorm opens a wide range of possibilities for them.”

Javi’s Salsa is also a member of the Fresh From Florida Program hosted by the Florida Department of Agriculture and Consumer Services. Businesses in this organization must use products grown exclusively in the state of Florida. Companies involved in the program benefit from an array of advertising and marketing partnerships throughout the state.

With the help of McCaster and a newly hired broker, Nava will soon take aim at getting his product into Publix stores located in the southeast part of the state. Nava remains optimistic about the trying process ahead of him, knowing it will take time and patience.

“Success in any business doesn’t happen over night,” Nava said. “I’ve been doing this for seven years and I’ve thought a few times about quitting and you just can’t quit. You just got to keep going.”