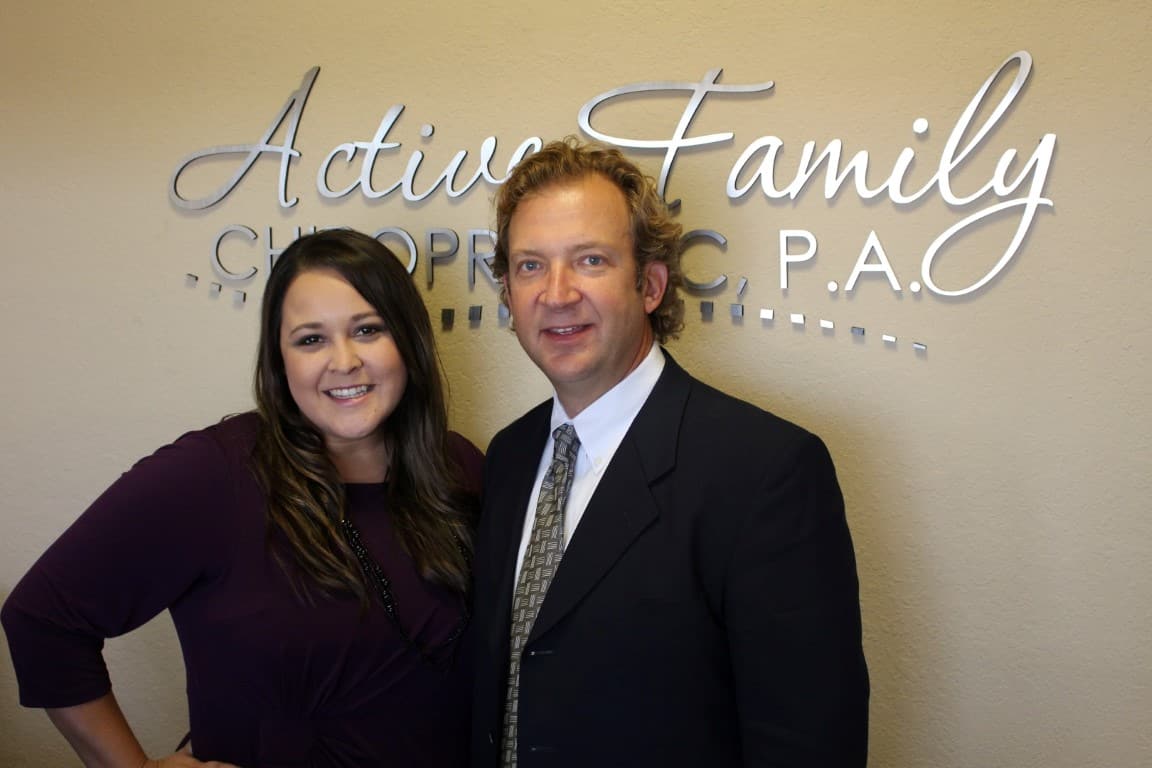 Dr. Jenny Mejia, Chiropractic Physician, comes from a long line of chiropractors. Her grandma started the trend graduating and beginning practice in the late 1950s. Since then Mejia’s mother, father, and uncle have all chosen the chiropractic route.

Mejia graduated in 2008 from Palmer College, the same school her grandma attended decades earlier. After a short stint working at her mother’s practice in Illinois, Mejia moved back to Florida and started working for a practice in the Tampa Bay area.

“I decided to work as an independent contractor through another practice,” Mejia said. “It was a great opportunity and it really helped me get inundated into the community and meet a lot of different people.”

A few years went by before Mejia decided she wanted to branch out and start her own practice. Initially, she reached out to the Upper Tampa Bay Chamber of Commerce where she received general resources and guidance. During her time there she bumped into Kurt Forster, a business consultant at the Florida SBDC at Pinellas County Economic Development, who informed her about potential consulting opportunities.

After bouncing ideas off Forster for a few years, Mejia started working with a second consultant in March 2014, Jennifer Whelihan, a consultant with the Florida SBDC at Hillsborough County. They spent the majority of their time discussing capital access issues and developing a business plan for which Mejia could use to secure loans.

“It was one of those steps that I knew I was ready for but wasn’t really sure how to take it,” Mejia said. “Then Kurt sat down with me to talk about the cash flow projections to see where to go next. He gave me that courage that it was going to be okay.”

Over the course of eight months and several consulting sessions, Mejia was in business. Active Family Chiropractic was born and she opened the front doors for the first time in November 2014.

Knowing the hard work was far from over, Mejia continued working with the Florida SBDC at Pinellas County Economic Development and started working on a marketing plan with the help of Forster.

“We’re trying to focus on different campaigns each month,” Mejia said. “At my practice I pretty much see three types of patients: athletes, families, and auto accident patients. We’re developing marketing campaigns so we can be specific each month in what kind of patients we’re trying to drive to the practice. “

Mejia has increased her social media activity, specifically on Facebook where she posts approximately twice a week in order to help drive business. While coming up with social media posts can be difficult, Mejia has taken a light-hearted and fun approach with posts ranging from pictures about the Super Bowl Champion Denver Broncos to a list of family holiday events.

The entrepreneurial process can be a challenging one but Mejia says it’s been completely worth it. “It’s about the patients who come in who can barely walk and you can tell they’re feeling defeated in life and after a couple adjustments they come in acting like a whole new person,” Mejia said. “I love practice and being able to help a lot of people.”

Her warm passion and savvy business success has earned her a nomination for Tampa Bay Woman of the Year by the Westchase Charitable Foundation.

Mejia looks forward to the continued guidance of Forster and the Florida SBDC at Pinellas County Economic Development to move her business forward.

“Every time I meet somebody who’s potentially thinking about starting their own business I tell them about the SBDC because it has really helped get me to the next level,” Mejia said. “They were there for me every time to say this is what you do next, in a way that made it easy to process. Sometimes you just need someone to talk to and figure out what the next step is.”