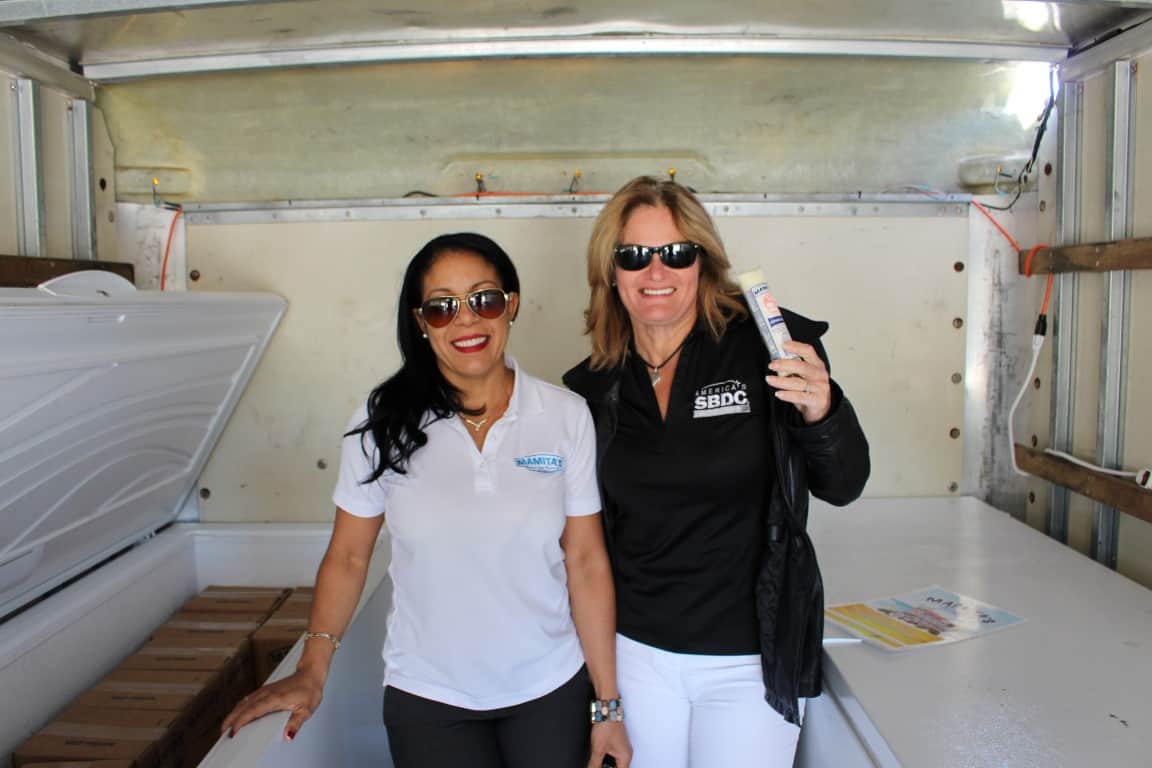 Martha Gomez started her business, Gomez Ice Cream, on her own in 2008 distributing to just 20 stores in central Florida. Coming from a long line of business owners, Gomez follows a family motto that includes tradition and quality.

“As a Spanish woman, I grew in a family who did business all the time,” she said. “My grandpa, my dad, my mom were business owners in my country [Dominican Republic]. Here it is really different in the way you make a business.”

Gomez had trouble getting organized when she first began. Understanding new regulations and how to go about getting licenses for the business seemed like a headache.

“Being organized – that’s the biggest problem,” Gomez said. “SBDC gave me the tools to grow my business in a very organized manner. As a woman and a Latin mom, I have too many things at home and sometimes we don’t put enough energy to do the right things.”

After meeting with Florida SBDC at Hillsborough County consultant Janette Blanco, Gomez was able to soar within the market and now distributes to approximately 200 stores throughout central Florida, including bigger chains like Winn Dixie and Bravo supermarkets.

“Florida SBDC helped me start my business when I first started,” Gomez said. “How to take care of my credit, being organized to have all licenses, that kind of thing…they really helped me with those.”

Gomez was also able to take classes that allowed her understand how to do QuickBooks and business taxes. In the end, she was able to get her company certified as both a woman-owned and a minority-owned small business.

“At this point we have almost 200 [stores we distribute to] including more American stores like 7 Eleven’s, Winn Dixie supermarkets, and Bravo supermarkets. We hope to grow into Publix and Wal-Mart this year. We started with a profit of $50,000 in 2009 and we are almost to a half million in sales for this year,” Gomez said.

Thanks to the minority certification Gomez Ice Cream also has the opportunity to sell in public school districts across the state.  The company hopes to be in schools in the near future.

As of now the company has three trucks, three employees, and has high hopes to become the premiere ice cream distributor in central Florida.

“I’m happy with how we’re working right now,” she said. “SBDC is the best tool we can have as a small business because it’s a free institution. I really need them moving forward.”