The Chill Dill of Hillsborough County 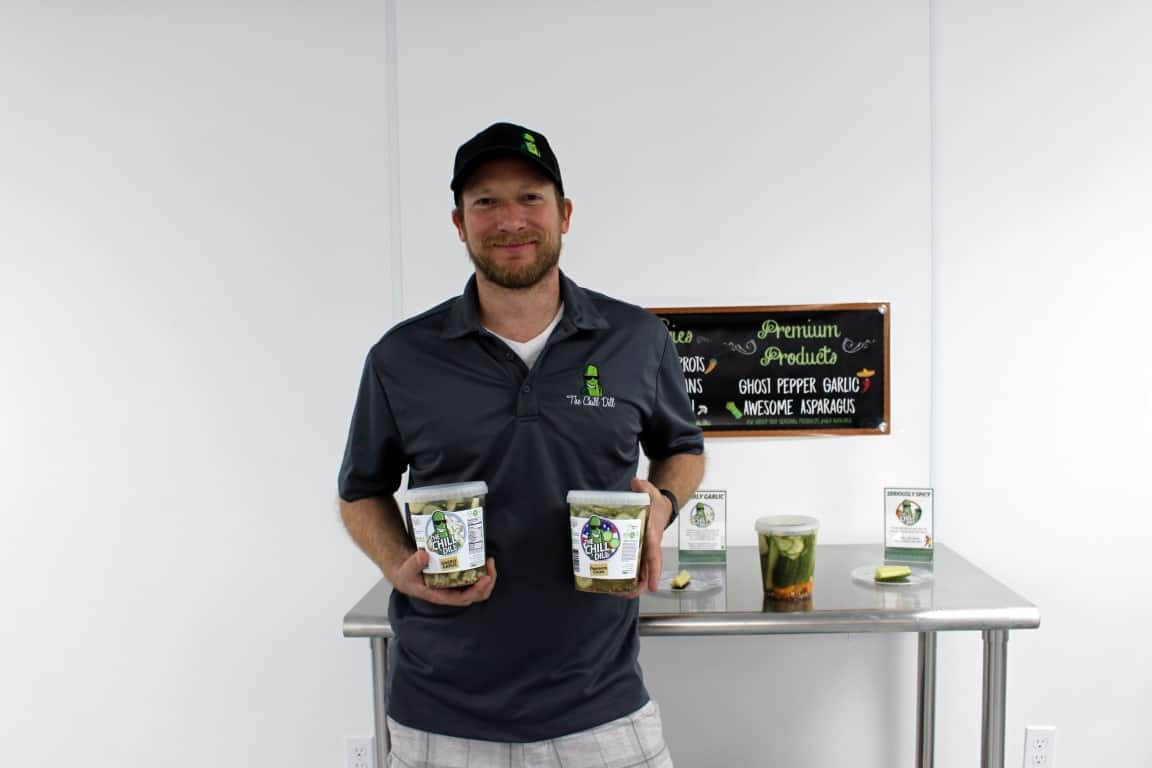 About three years ago, three long-time friends went out to have a hamburger – the burgers were great – but the pickles were subpar. That is when James Dauenhiemer and his team became inspired and dreamt up their business, The Chill Dill, a small batch pickle company that makes cold-packed pickles known for their crisp and freshness.

“We just felt there was a need for something better,” he said. “We played around with some ideas; I was growing a dill garden at the time and other herbs so why not try to make some pickles. So I gathered all the cucumbers, jalapeños, all the different things I wanted to play around with and I made a batch. I gave it a shot and brought it to my friends.

“We wanted a name that had the availability to be an open business. We wanted a fun, memorable name that will attract attention to our product. So that is how my wife and I, I’m going to give credit to my wife on this one, Abbie did come up with the name The Chill Dill,” he added.

After bouncing ideas and recipes off of other professional chefs, The Chill Dill created its signature pickle, the Totally Original. Although they had made a product they were proud of, the team became overwhelmed with the struggle of starting a business on their own. They decided to reach out to the Florida SBDC at Hillsborough County where they met consultant Corey McCaster.

“One of the biggest struggles that we have run into is not getting overwhelmed,” Dauenhiemer said.

“When you look at a business plan, if you look at the whole thing it gets overwhelming, you have to start breaking it down piece by piece. Corey is here to help. He helps you gather market data that would take you months, even years to compile. So once we got passed that – that was one of the biggest things holding us back. They help you break it down. They have so many different classes that are available, I recommend taking them because that helped us out,” he added.

Dauenhiemer and the business have shown tremendous growth within the past few months through both classes and one-on-one meetings. With McCaster by their side, Dauenhiemer and his partners at The Chill Dill have also been granted a $40,000 loan that has helped them branch out into their own customizable and certified kitchen.

“He has told us things that we would have never thought up on our own, much like thinking outside of the box,” he said. “One of the biggest challenges that we ran into is in order to grow the business we need to have a loan. Getting a loan is not as simple as it once was back in the day. He helped break down our price per jar and all of the things that we need to know to present the information to a bank or lender and that this is possible. That helped us get our loan a couple weeks ago.”

The Chill Dill now has more than 10 products under its belt, such as Gnarly Garlic and Seriously Spicy, as well as several other seasonal flavors. The company shows no signs of slowing down and will continue working with the Florida SBDC at Hillsborough County in the future.

“We plan on continuing using the SBDC services; especially with Corey we’re working on furthering the marketing plan and also using the data that they have to compile a list of our target market and where we will be selling,” Dauenhiemer said.

“If I had any advice to another small business – in fact I just spoke to someone yesterday – it is to get in contact with the SBDC. I heard there was a possibility of help out there and found them, signed up for an account, took a class, got assigned a mentor and went from there and it’s been the greatest thing to happen to us in the last couple of months. With us and many other businesses that are great ideas just need a little bit of a push, they can help with that direction and give you guidance,” he added.

The Chill Dill of Hillsborough County