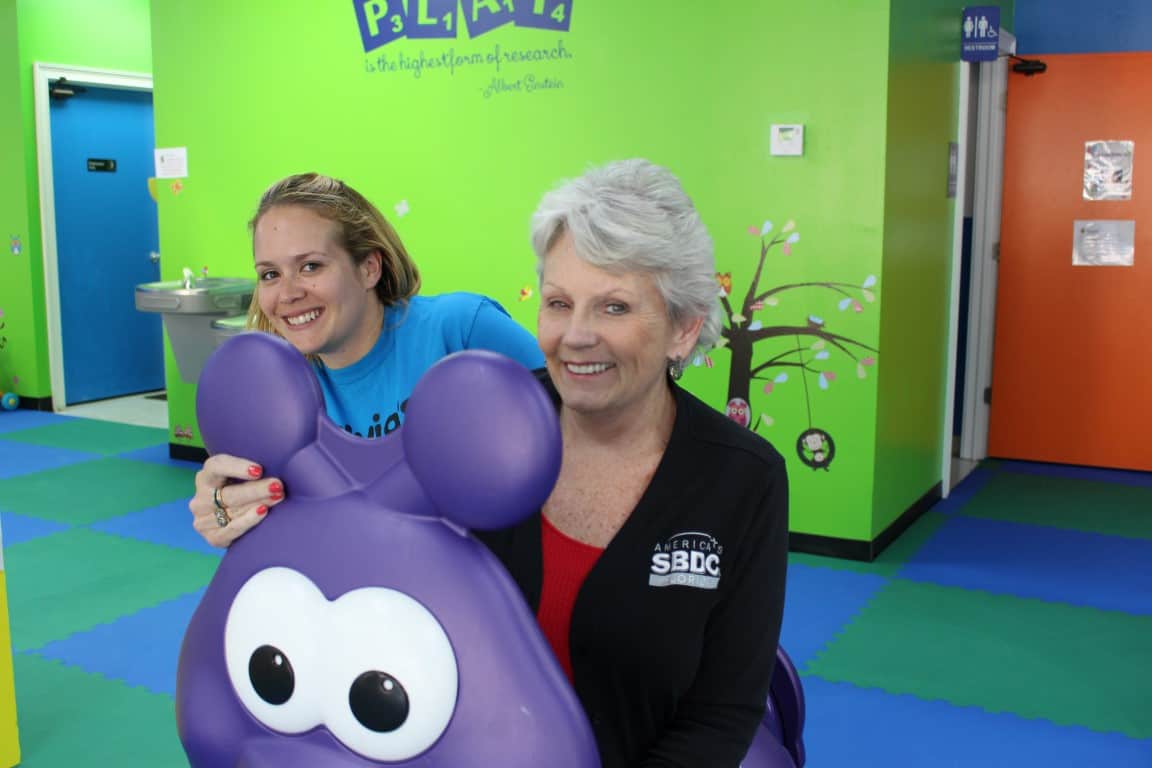 Finding a safe place for your child to play can be a daunting task for any new parent. Jenna Pack, owner of Sylvia’s Clubhouse, decided to take matters into her own hands after searching for a safe space for her own one-year-old daughter.

“We visited some other cities and found similar places to ours but nowhere in the Tampa Bay area, so we decided to open our own,” she said. Sylvia’s Clubhouse features a safe play space for children under the age of six.

Starting a business is a challenge even for well-versed entrepreneurs, but having never opened a business before and after taking just one business course in college, Pack decided to reach out for a  local resource to help her along the way.

That’s when she found the Florida SBDC at University of South Florida, which offered her low-cost training and no-cost consulting.

Pack enrolled in the Business Startup Series, a series of six courses that guide new entrepreneurs through the absolute basics of starting a business. Series topics included what legal entity to choose, marketing, business planning, financing options and more.

In addition to teaching the basics, such as how to register an LLC, Pack says the added benefit of the Series was that it introduced her to others in similar situations. “I met several other people in the classes that were doing the same type of thing…starting a business.” Many of them ended up meeting for coffee afterwards to discuss their own entrepreneurial path, which provided Pack with the additional motivation needed to see things through.

After taking the Series, Pack met with business consultant Chevon Baccus, who advised her on topics such as marketing, to help her get started on the right path. Since then, Sylvia’s Clubhouse has celebrated its grand opening.

“SBDC has been a great help for us,” Pack said, “especially Chevon who’s been a great motivator because…it’s great to have someone saying ‘oh no, it’s going to be okay.’ Chevon is my mentor and she’s been great at that.”

Pack is now open for business and excited about things to come as she continues to utilize the Florida SBDC at USF.

“I would really suggest that all business owners go through the SBDC startup business courses because, as it was pointed out in our classes many times over, you don’t know what you don’t know.”