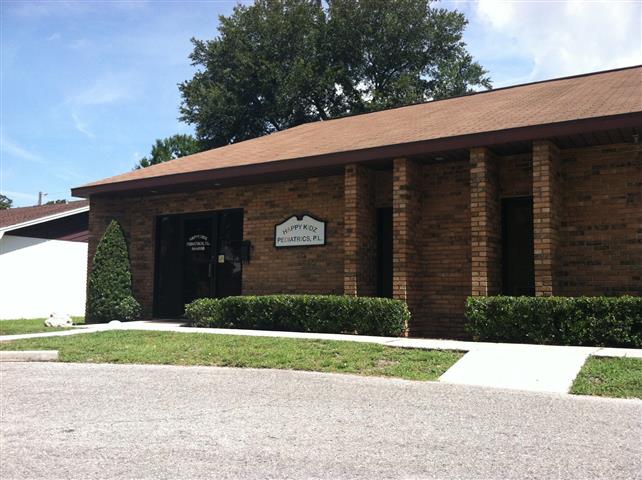 Anoop Palta and his wife, Parmjit Gill, dreamed of owning their own pediatric clinic in Polk County. “We were working for somebody and there are certain things you want to do your way and that can’t be done,” Palta said. “If somebody calls me and they can’t come at 4:30, we tell them to come at 5, even though we’re closed.”

While Palta and Gill were experts in the medical side of the business, they did not have much experience actually running a business. So they sought out the Florida SBDC at University of South Florida’s, David Noel, for assistance. Six months later, Happy Kidz Pediatrics, of Lakeland, was born.

“[David] knows a lot of doctors in Sebring,” Palta said. “They knew there was a Small Business Development Center at the University of South Florida, so we called and left a message for him.”

When Palta originally sought out the FSBDC at USF, he thought Noel, a certified business consultant, would be responsible for starting this business. What he got instead, was a confidential, unbiased consultant who was always there to bounce ideas and questions off of.

“My wife and I went in with a lot of questions and we went one-by-one over those questions,” Palta said. “He helped us learn how to manage finances and the steps to getting started.”

Due, in part, to the one-on-one consulting the husband and wife team received from Noel, Happy Kidz Pediatrics celebrated its one year anniversary in May 2014. They employ four full-time staff members, and have nearly doubled their daily patient intake. This has led to profits in the first year of operations.

The clinic focuses on giving its patients quick service. “Our goal is nobody should wait more than 20 minutes after their appointment,” Palta said. “If there is a child in pain, you have to see them and make adjustments. You can’t just go based on appointment times.”

Palta said Noel has been most instrumental in helping them understand the finances of the business, through a cash flow spreadsheet. “He gave us the Excel spreadsheet that projects your costs,” Palta said. “In the beginning we were just throwing numbers in there just to see what would happen. With that we were encouraged because even if we were seeing a minimum number of patients, we knew we wouldn’t be taking losses we couldn’t take, and we knew we would be fine.”

As he now focuses on growing his business, Palta once again reached out to Noel for guidance. “We’re starting the market research and researching competitors now,” Noel said. “We make a good team. He’s the medical professional, and I’m the business professional.”

Palta agrees. “This is the way to go because you get an unbiased opinion. I could trust that this man was going to tell me his unbiased opinion. Somebody is saying ‘I get nothing out of it, other than making you successful.”