The Starlite Room of Sarasota County 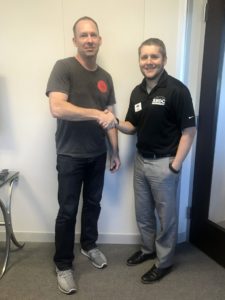 The Starlite Room, opened in 2014 in Sarasota, is a casual restaurant with a mid-century American theater theme. Owner Tyler Yurckonis envisioned a New York style supper club when he started the restaurant. Four years later, Yurckonis is simply trying to keep the doors open, as the business continues to take a hit from red tide in the area. So, he reached out to his bank for assistance. The bank referred him to the Florida SBDC at USF to begin the process of applying for a State of Florida Emergency Bridge Loan.

When asked about his experience with the damage from Red Tide and the assistance received, he recalled:

WHAT TYPE OF DAMAGE OCCURRED?
A lot of the European tourists went to the East Coast instead of coming here. Friends of mine that work at different hotels in the area were down like 89%. The physical was the smell of the dead fish. Once it started, walking outside was like a wall hitting you in the face so a lot of the residents went elsewhere out of Sarasota county to avoid that. We lost tourists and regular customers. We ended up having to throw away some product. Our numbers were the lowest they’ve ever been.

HOW WILL THE BRIDGE LOAN HELP?
Very helpful. Once I found out about it from my bank, I filled out the application and was contacted right away. It was pretty seamless. It went really well. It was a lot easier than I thought it would be. This is one of the things that the government does that is really helpful. We probably would’ve had to close without it. I can imagine it saved a lot of people’s businesses and I’m just thankful it was available.

HOW WAS THE FLORIDA SBDC AT USF HELPFUL DURING THIS PROCESS?
They did a great job. Everything was pretty simple. Once you got the application in, that was the hardest part. After that, it was a few documents that had to be sent in and it was pretty easy and then like a week later, I found out it was accepted and I had to come in and fill out the final documents.