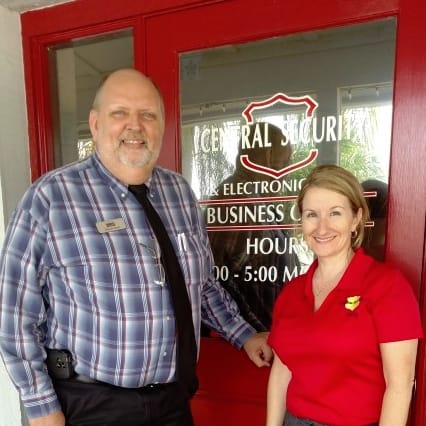 Central Security & Electronics began as a one-man operation in 1988. Now, the company boasts 10 employees and considers itself a local success story. Amy Smith, Vice President and General Manager, said, the downturn of the economy and the changing landscape of the industry has confirmed the need to change the type of business the company pursues.

“Our industry’s changing,” she said. “There’s so much more competition in our industry and it’s a challenge to compete with the large national companies.”

Smith met Florida SBDC at University of South Florida business consultant, David Noel, at a chamber event. After talking with him several times, she decided to enlist him to do a business assessment on the company. Six months later, Noel presented his findings to Smith, and she was impressed with the results.

“The reports I got from him gave me the extra information I needed to solidify my decisions,” Smith said. “The IBIS report was one of the things that really impressed me. It was great to learn the expected growth rate for our industry for the next five years. Our industry should grow about 3.1 percent and we would like to meet or exceed that.”

In addition, the reports revealed the need to further assess the company’s marketing strategy. “I’m going to meet with them and go further into the marketing analysis of the company and see if we can improve it and tweak what we’ve been doing.”

While Smith has a list of items she’d like to work on to continue to improve Central Security & Electronics, she knows you can’t tackle it all at once. This year, she’s picked her top three items to focus on. Regardless of what tasks are on the front burner, Smith intends to work hand-in-hand with Noel moving forward. “He’s going to give us some information on how to get our target market pinpointed better,” she said. She also plans to utilize the Florida SBDC at USF to evaluate social media engagement and to get better connected in government contracting.

Smith is looking forward to the future, and encourages other small businesses to utilize the Florida SBDC at USF services as well. “It costs hundreds of dollars to have somebody come in and do this type of analysis. To have this service provided for you is such a huge benefit. I really hope that other businesses will take advantage of this because it gives you a goal and it’s really important as a small business to have goals.”