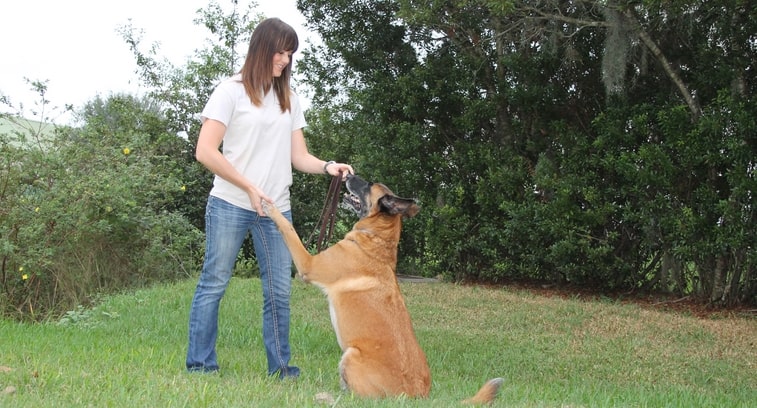 Vince Reina, owner of Southland Dog Training Academy in Lakeland, has been working with dogs since the early 80s. Over the years, he has learned key lessons that have made his business thrive. One of those lessons – seek advice elsewhere.

“For the first number of years in my business, I pretty much ran it like a kid,” Reina said. “I was happy to be single and to be in business and to make enough money to do the things I enjoyed doing.”

After working for another dog trainer, in 1986, Reina decided to start his own dog training business. He sought out a $6,000 loan from a local bank and went to work. “I spent the next year trying to prove to everybody that I was the greatest dog trainer in the world and I made about $75 bucks the first year. I spent most of that $6,000 and had nothing to show for it,” he said.

At that point, he decided to change his strategy. Reina spent $100 on business-related books and studied all day, every day. “It was from there that I started to get a better grasp of business and before you know it, I went from making $75 a year to doing a whole lot better than that.”

Florida SBDC at USF certified business consultant, Bill McKown, says Reina’s willingness to seek out advice and input, is one of his greatest assets as a small business owner.

McKown said, “[Vince] is never afraid to bounce ideas off others and adjust his strategy accordingly. He is constantly measuring and asking for advice.”

After marrying in 2002, Reina was working from 9 a.m. to 9 p.m., Monday through Friday, wearing all the hats. After the birth of his son in 2004, he realized his son was going to grow up not knowing who he was, unless something changed.

“That’s when I approached the SBDC and said how do I grow my business and extricate myself from the day to day grind of the business, to be able to enjoy my family and still work on my business, rather than in it,” Reina said.

Since then, through continuous sessions with certified business consultants, he has been able to focus on the business process, while also growing and finding a niche in service-dog training. “I’ve gotten a lot of really good guidance, whether it’s been in accounting, marketing or just overall business,” Reina said.

McKown, worked through an in-depth business assessment with Reina, looking at everything from financials to marketing and hiring efforts. “I think the biggest thing I got out of that was helping me to see the things I was doing correctly and the things I need to focus on to change,” Reina said.

“The analysis helped me to understand that my business had grown exponentially – we had a 65% increase in business over the three years the SBDC did the analysis – and a lot of that I attributed to me pulling myself out of the business and working on it rather than in it.”

In addition to a growth in revenues, Southland has also grown to serve nine counties in the Tampa Bay region and added five trainers, a salesman and two assistants.

Though business is thriving, Reina is continually thinking about how to take his business to the next level. “Our avenue for growth is going to be moving away from regular dog training which is highly competitive to service-dog training.” The company will focus on five types of service-dog training: mobility/stability, diabetes alert, PTSD, psychological therapy, and autism.

“Having the SBDC to go to, to bounce ideas off of or to validate concepts is huge. You can fool yourself a lot of ways and having someone to say ‘you know what, that’s not really a great idea, but we can make it better.’ That’s huge.”