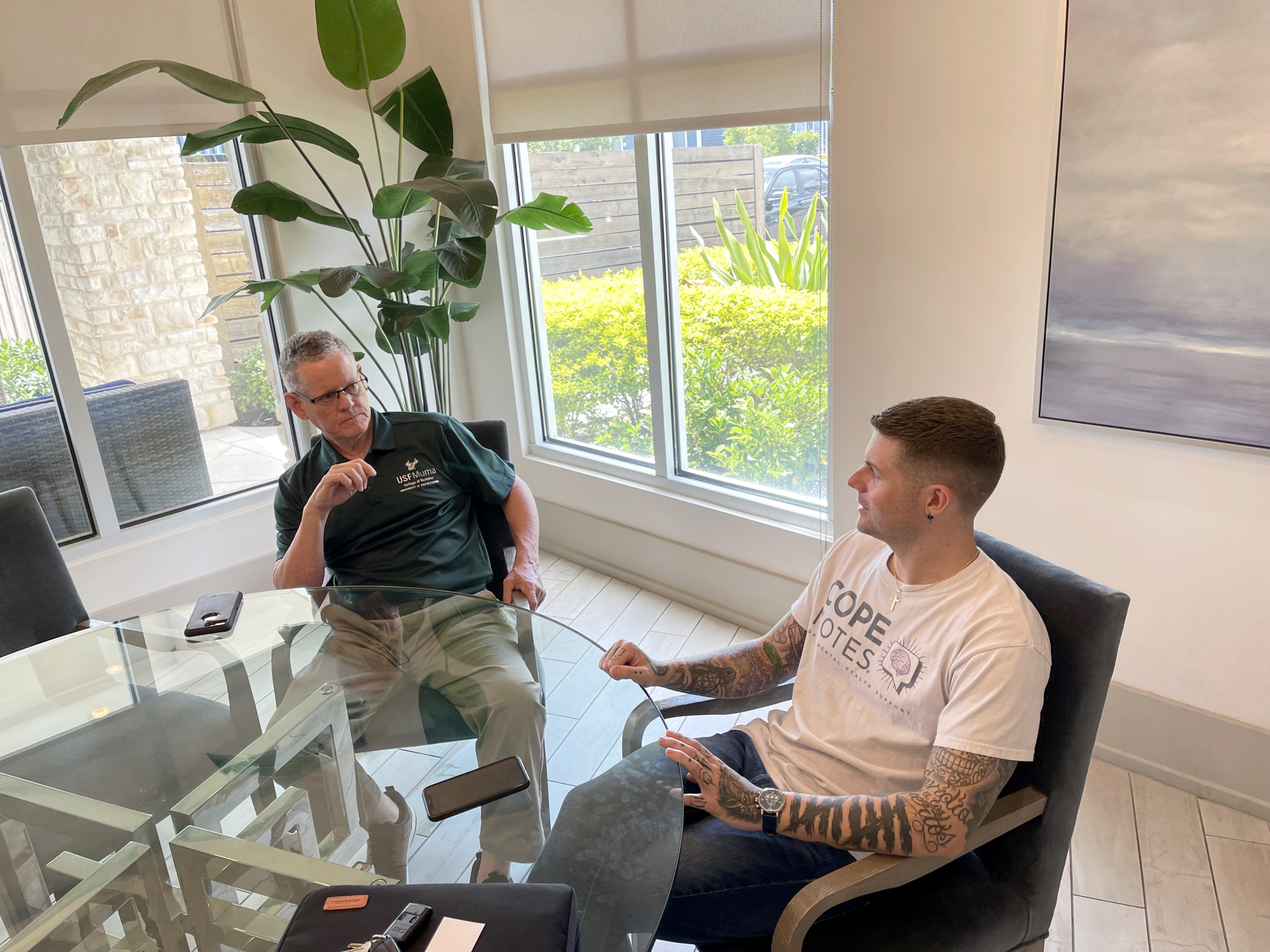 Already a touring musician, company founder, and TEDx speaker, one would think that Johnny Crowder has led a charmed life. Look a little deeper, and you’ll see Crowder’s long-standing struggle with mental health. In and out of treatment as he was growing up, he continued looking for resources that could help him, but on his journey to do so, he realized that he had a calling to be that resource for others. That’s when he created Cope Notes – a business that provides mental health support via a text messaging subscription service, often through partnerships with local, county and state governments.

“I chose to work in behavioral health in the first place because I grew up in and out of treatment for mental illness, and I had a lot of challenges trying to seek treatment,” Crowder said. “Either I didn’t like the resources that were available, or I had a hard time engaging with them, or they were too expensive. So, after experiencing those issues, I started volunteering in the mental health space. I never expected to start a business in it, but that was the natural progression. I started searching for resources that I couldn’t find, and I thought, what if I built it?”

Although Crowder had such a passion for the vision of his business, he knew he needed assistance getting it started. Eventually, he found the Florida SBDC at University of South Florida.

“When I first started the company, I had no idea what I was doing,” he said. “I was looking for local resources for small businesses owners and I found a link to the Florida SBDC at USF.  I clicked around, filled out a form, came in to meet with somebody, and they helped me with just about everything.”

Since working with the Florida SBDC at USF, Crowder is astonished at the way his company has been able to grow from the ground up, and the success he’s seen thus far.

“The Florida SBDC at USF helped me with pretty much every corner of my business, especially in those early months,” he said. “They taught me about pricing, how to fulfill contracts, financial forecasting, and how to file for a trademark. Now, four and a half years later, we serve 25,000 people in 97 countries all around the world. We’ve sent over one million text messages. It’s really humbling to look back at those early days when I would question where I should take this, and who I should talk to about it.”

Initially, Crowder met with his Florida SBDC at USF business consultant bi-weekly. Even when the COVID-19 pandemic hit and services went virtual, the two continued to meet via Microsoft Teams.

Crowder is proud to look back at how far his business has come in working with the Florida SBDC at USF, and the effect that he has seen his business have on others has been rewarding beyond belief.

As his business has grown, so have his speaking engagements. While Crowder is busy speaking on behalf of mental health awareness around the country, he’s tasked his team with continuing the work with the Florida SBDC at USF.

“As we continue to grow, I want to use the Florida SBDC at USF differently,” he said. “I think when I first met with the Florida SBDC at USF, my vision was that I just needed to make it another three months and survive. But now, I am thinking about how we can set ourselves up one year, three years, five years in advance, and how do we make decisions now that will benefit the future version of the company.”

An Overview of Florida Sales Taxes for Businesses