COS Janitorial Services of Hillsborough County 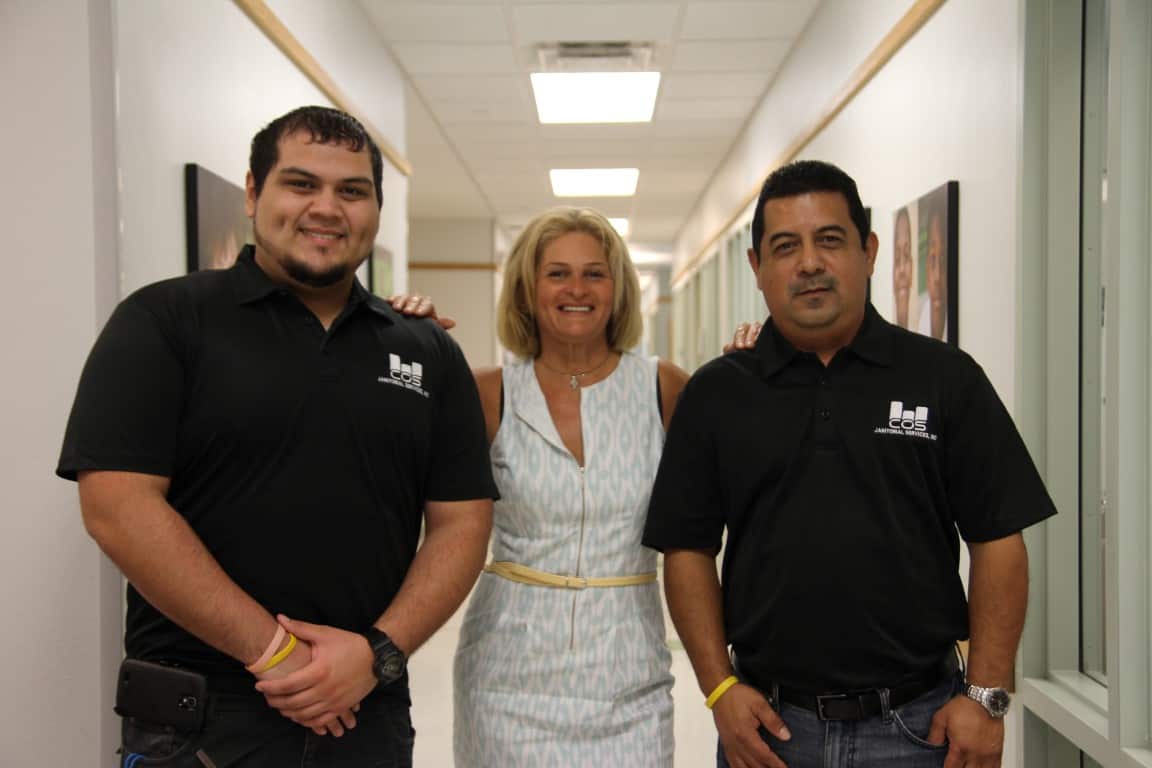 In an industry that is based on reputation and recommendations, COS Janitorial Services Inc. is trying to make a name and become the go-to company for commercial cleaning.

Owner, Oscar Pineda, was introduced to the janitorial business when he moved from Guatemala to Los Angeles in 1988. Eight years later he moved to Tampa and began looking for opportunities to further his career.  In 2000, he hoped that his experience and the business administration degree he earned in Guatemala would be enough to branch out on his own and start his own business.

Though the business was off to a solid start pulling in $30,000 the first year, Pineda said he knew it could become more. It continued to slowly grow it, but found the biggest challenge was looking for new clients in a field where reputation is key.

“We have good prices and high standards, but it is hard to convey that to people who do not know you,” Pineda said. “ When people hear how low our prices are, they may be skeptical. I just wanted a chance to prove that the quality was worth the opportunity. That is why I came to SBDC; to start over and make a name for myself.”

When the company became stagnant, Pineda started looking organizations that could help. After getting the wrong answers and the runaround from other companies, he found the Florida SBDC at Hillsborough County. When Pineda first came in, he was looking for information on becoming minority certified. He said what he received was so much more.

“We came to Florida SBDC to find out what opportunities we have in order to succeed in our business,” he said. “Janette was one of the first people to listen to us and help us in what we were looking for and what we need to do and showed us the way to go. She was the first person to tell us how to do the business.”’

Janette Blanco is a certified business consultant who specializes in business plans, financing regulations, licensing and assisting minority and women-owned businesses with the government bidding process.

Not only did Blanco help him with certification, but she also taught him how to research for new and bigger opportunities. After earning the minority certification, Pineda decided to take a chance and bid for a government contract with Hillsborough County.

“When we put the bid in for Hillsborough County, we knew it was a great opportunity but it came with many challenges,” Pineda said. “Janette was such a huge help with the bid. We couldn’t have gotten the contract without her help. She was there for every question we had. Every time I called her, she took the time to help.”

Blanco said that when bidding for a government contract for the first time, it could be overwhelming.

“Most people get a contract for the first time and have no idea where to start,” Blanco said. “Oscar did the contract step by step, slowly, with my advice. They did not stop.  That is when you see the clients and the potential they have to grow.”
COS Janitorial won the bid and now has a three year, $660,000, contract with Hillsborough County. It may be renewable for an additional three years.
In 2013, net earnings were $266,000. They are projected to bring in $500,000 for 2014. COS Janitorial is also growing in size.  Currently they employ five full-time and eight part-time employees. After October 1, they plan on hiring nine more part-time employees to help with the new Hillsborough County contract.

Though they have already garnered much success with the FSBDC, they are not ready to quit learning. Oscar and his two sons, Christian and Smiley, plan to continue on with FSBDC by taking advantage of the many classes offered, including business planning and tax awareness.
“Our expectations for the future are to expand and grow out of Central Florida and expand across the state,” Smiley, Account Manager and USF student majoring in computer engineering, said.

“I know what we are capable of and the level of service we provide. I just want to get that chance to show people and get that recognition. Monetary goals are great, but to know that my parents’ efforts to come to this country and start their own business will be the biggest accomplishment in this company for me.”

Blanco said that she sees great potential in Pineda and COS Janitorial Services.

“There are people who come to me and I see such potential,” Blanco said. “Oscar is persistent. Every piece of advice I give, he listens and follows through, and does it better. He goes above and beyond. If they keep working the way they are doing, the sky is the limit for them. I have faith in them.”