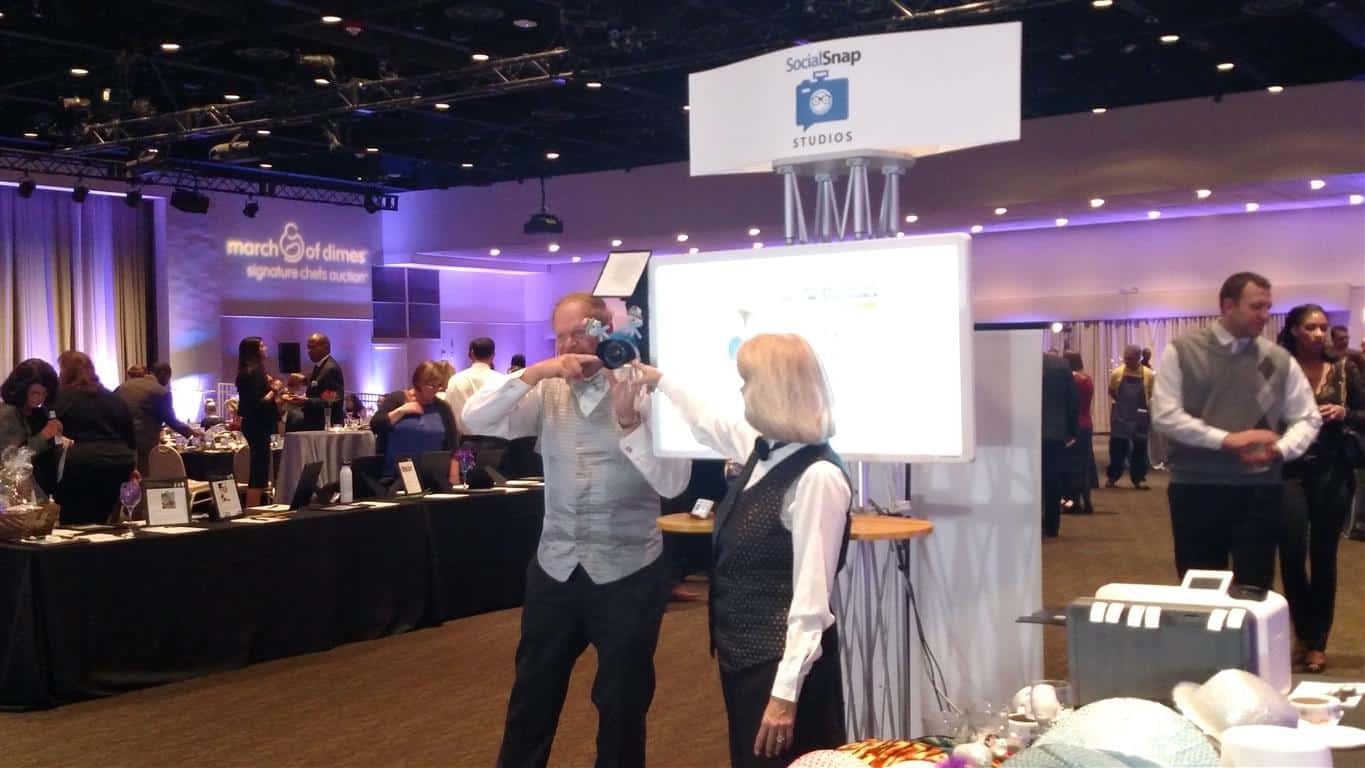 Putting smiles on people’s faces is part of what Kathy and Jim McManus love so much about their new business venture, SocialSnap Studios. Both spent years in the non-profit world, hosting events and wrangling photographers. Now, they are on the other side of that camera.

The McManus’s launched SocialSnap Studios in September 2014, with the assistance of the Florida SBDC at University of South Florida. After retiring from the non-profit sector, the two were searching for a business that would allow them to spend time together, provide income, and make people happy.

Jim had dabbled in photography as the publisher of a seaplane magazine for Sea Plane Pilots Association, and while at an event one evening, they encountered a photo business that peaked their interest. They researched the business opportunity extensively but since they had no prior experience, they sought out the Florida SBDC at USF for its expertise.

The couple were encouraged by their Florida SBDC at USF consultant to weigh the pros and cons of owning a franchise versus building their own business. “We said let’s put everything on the table and really look at whether or not we could do it on our own,” Kathy said.

In the end, that’s exactly what they decided to do. Although it took them longer to start the business, they diligently researched the various equipment needed and worked with software developers to get exactly what they wanted. “It was a lot of headache and dead ends but we finally got it going,” Kathy said.

Ultimately, the duo was able to start SocialSnap Studios for less than a $10,000, and they have a state-of-the-art photography business to cater to corporate, non-profit and personal events. 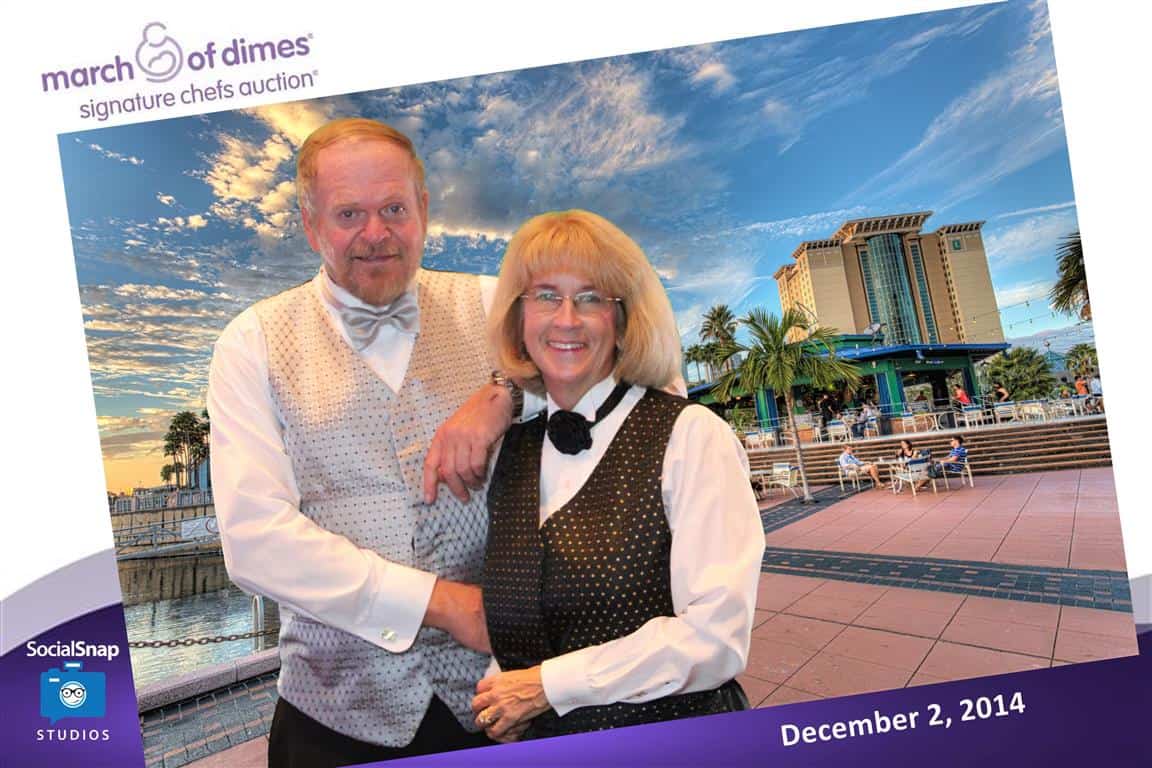 SocialSnap Studios features an open-air photo booth environment, complete with a 42” touch-screen computer monitor, studio-quality lights and live green screen technology. “Most green screens, you don’t get to see what’s behind you until the picture comes out,” Jim said of the technology. “With this one, you can see it live and position yourself.”

In addition, patrons can promptly email photos to themselves or post them live to social media sites.

In just three months, SocialSnap Studios has been enlisted for more than 20 events. The ultimate goal, Kathy said, is to have two events per week, and they intend to utilize the FSBDC at USF resources as they build their business.

“I think a lot of would-be entrepreneurs aren’t aware of the depth that’s there,” Kathy said. “The one-on-one consulting is amazing and the fact that you can get that for no charge and come back as often as you need help, is an amazing resource for any small business person.”

Jim added, “It is a tremendous resource, particularly for startups. It is really great to bounce your ideas off of other people. We talked to [the SBDC] before we did anything and it pointed us in the right direction.”