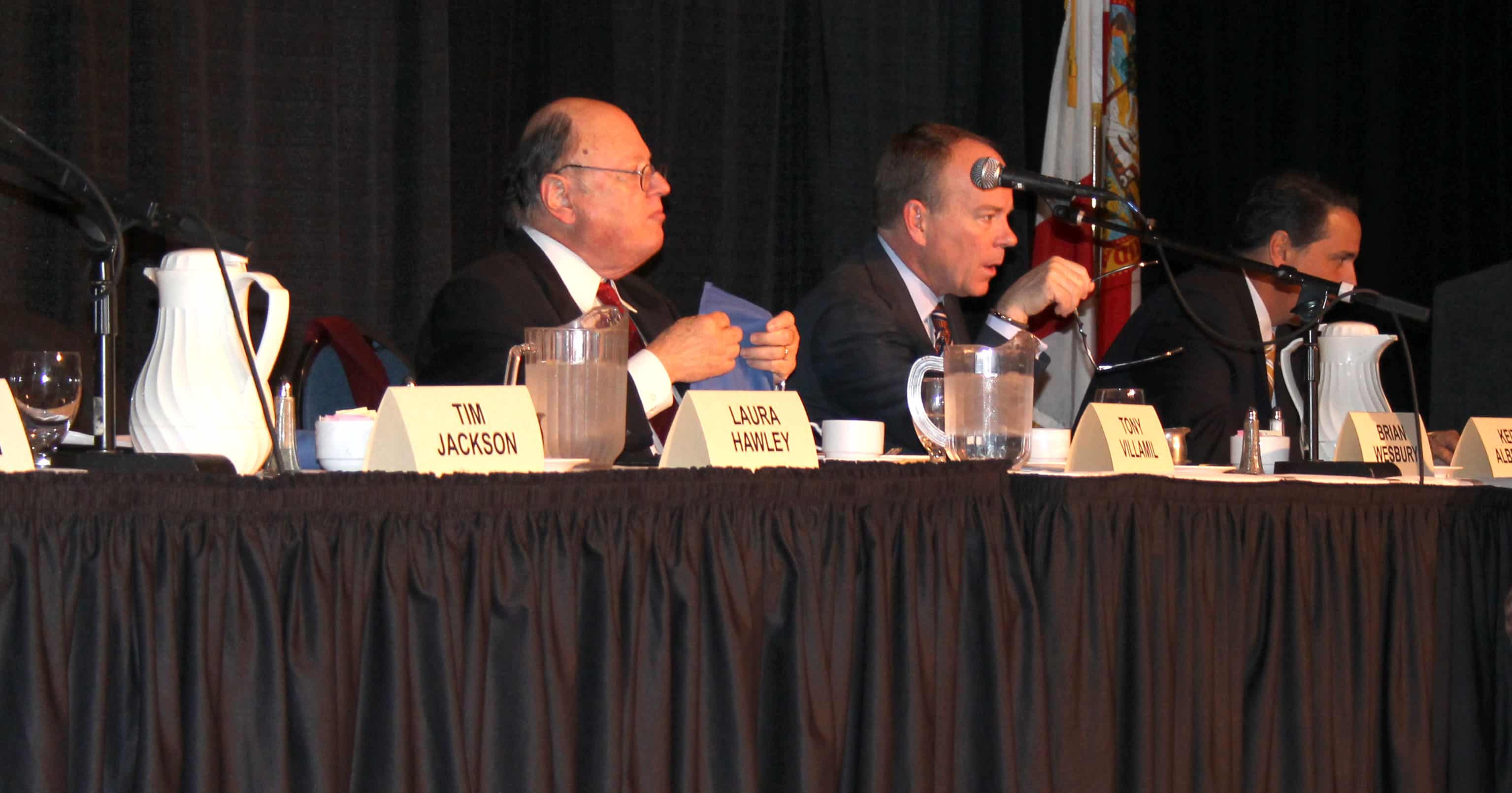 The message from economic forecasters Tony Villamil and Brian Wesbury regarding the outlook for 2014, was one of positivity, Thursday.

At the Economic Forecast Breakfast, held at The Lakeland Center, Villamil said, “We are in rapid recovery and moving in the right direction. We have a steadily improving economic climate, so in response to that, we should have a good business climate again this year, especially in this area.”

Villamil, who specifically talked about the economic outlook for Florida and the Lakeland area, has more than 35 years experience as a business economist, university educator and policymaker.

He counted the US and global economies among economic drivers that indicate recovery will be strong this year.

“Florida and Lakeland are likely to expand at a higher rate than the nation this year,” he said. “The I-4 corridor is likely to lead Florida in terms of employment growth and overall activity.”

In addition, Villamil said Florida is likely to see 2.5 to 3 percent growth in overall economy and payroll employment, 4 to 4.5 percent growth in Florida gross domestic product, and 4 percent in global economic growth, during 2014.

“Global economy rolls around 5 to 6 percent, so 4 percent is nothing to write home about, but at least it’s growth,” he said.

He added that the taxable sales peak was approximately $8 billion, and the economy is almost there now.

Wesbury, who was named a Fellow of the George W. Bush Presidential Center in 2012, and appears regularly on Fox, Bloomberg and CNBC, agreed that the recovery trend will continue. Wesbury’s focus was on the national economy.

Wesbury spoke of the doom and gloom portrayed by television anchors and the effect it has had on the entrepreneurs.

“We have been living, in the past five years, with this kind of Big Bang in our rearview mirror. This North Star. This center of the universe. We call it the crisis of 2008, 2009. It seems like everyone manages their life, their investments, sometimes their business, based on that event and personally, I think it is a big mistake because that is not when the world began.”

Wesbury estimates national gross domestic product growth to reach 3 percent in 2014. He also estimated the stock market to be 22 percent undervalued today. He went on the record estimating the financial markets for the coming year as well.

Wesbury ended his economic forecast by offering one takeaway. “The bottom line is that all systems are in place for profits to keep growing and the stock market to keep going up.”