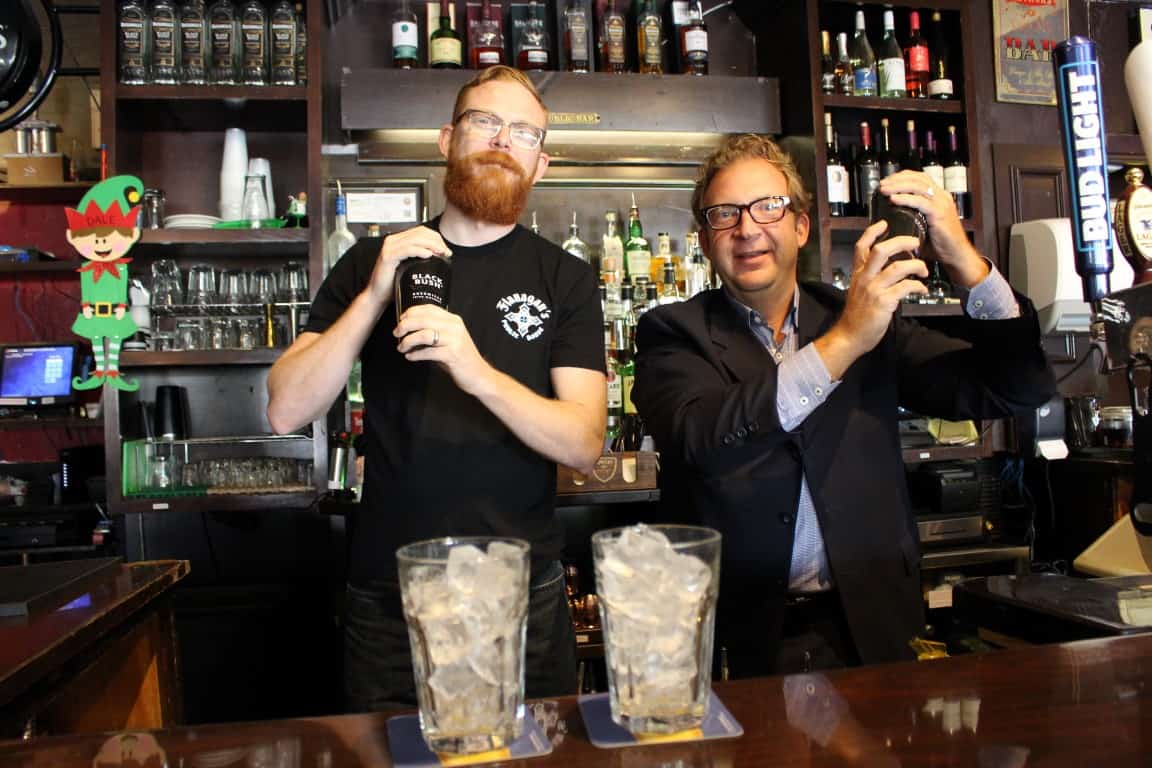 Flanagan’s Irish Pub has been a staple in the heart of downtown Dunedin since 1992, serving a selection of traditional Irish foods, delicious drinks and nightly entertainment. Three-time entrepreneur, Jason Seibert, has owned the company since August and has already added further charm to the local bar.

“We’re staying open later, we got a brand new menu and we’re doing some new things and bringing some fresh flare to a place that’s been here for a long time.” Seibert shared.

After previously owning two businesses, Seibert found himself going into the service industry due to his serving experiences, and his passion for ownership and his community.

“I’ve worked in pretty much every position in a bar or restaurant,” he said. “In the last four years I’ve been managing at a different pub downtown. I just really love the service industry…so it made a lot of sense to come into a business like this where I could really exercise all the things I really love, which is ownership, management, and just talking to people and having a good time in my community.”

“I think my business has grown in that he’s provided some fresh perspective, but I think really if you kind of track my progress over multiple businesses and my progress at becoming a good entrepreneur, I feel like every time we meet I learn something new that I can apply and I become that much better.” Seibert said. “That’s why mentorship is so important for any small business owner.”

“My first business I feel like we were really focused on a lot more of the basics of the finances – how to read my reports, how to understand my balance sheets, my P & L, and how to find investors,” Seibert said. “Moving into now, I came into this business a lot more comfortable with those things because I had the experience.”

Forster is currently helping Seibert with creating a fresh atmosphere for Flanagan’s Irish Pub that will leave a lasting impression on customers.

“We’ve actually learned a lot about the space itself,” Seibert said. “When you walk in, the way things are laid out, what people see, what people smell. When they come in- that experience is so very important…so I think one of the biggest things we developed was atmosphere and then we’ve talked about in the future how could we even increase that more if we do a build out.”

“We’re expecting 30,000 the first day and 15,000 the second,” he said. “It’s going to be an awesome celebration. A lot of people are coming out just to celebrate their heritage and just to drink and have a good time.”

As Seibert focuses on making Flanagan’s Irish Pub all it can be for the community, he will continue his partnership with Forster and the Florida SBDC at PCED.

“Every time I come into a business and I feel like the ownership is new and excited but they’re just doing this for the first time, I always recommend that they go to the SBDC and really get a handle on the things that you can’t really teach yourself easily, like financials and things like that,” Seibert said.