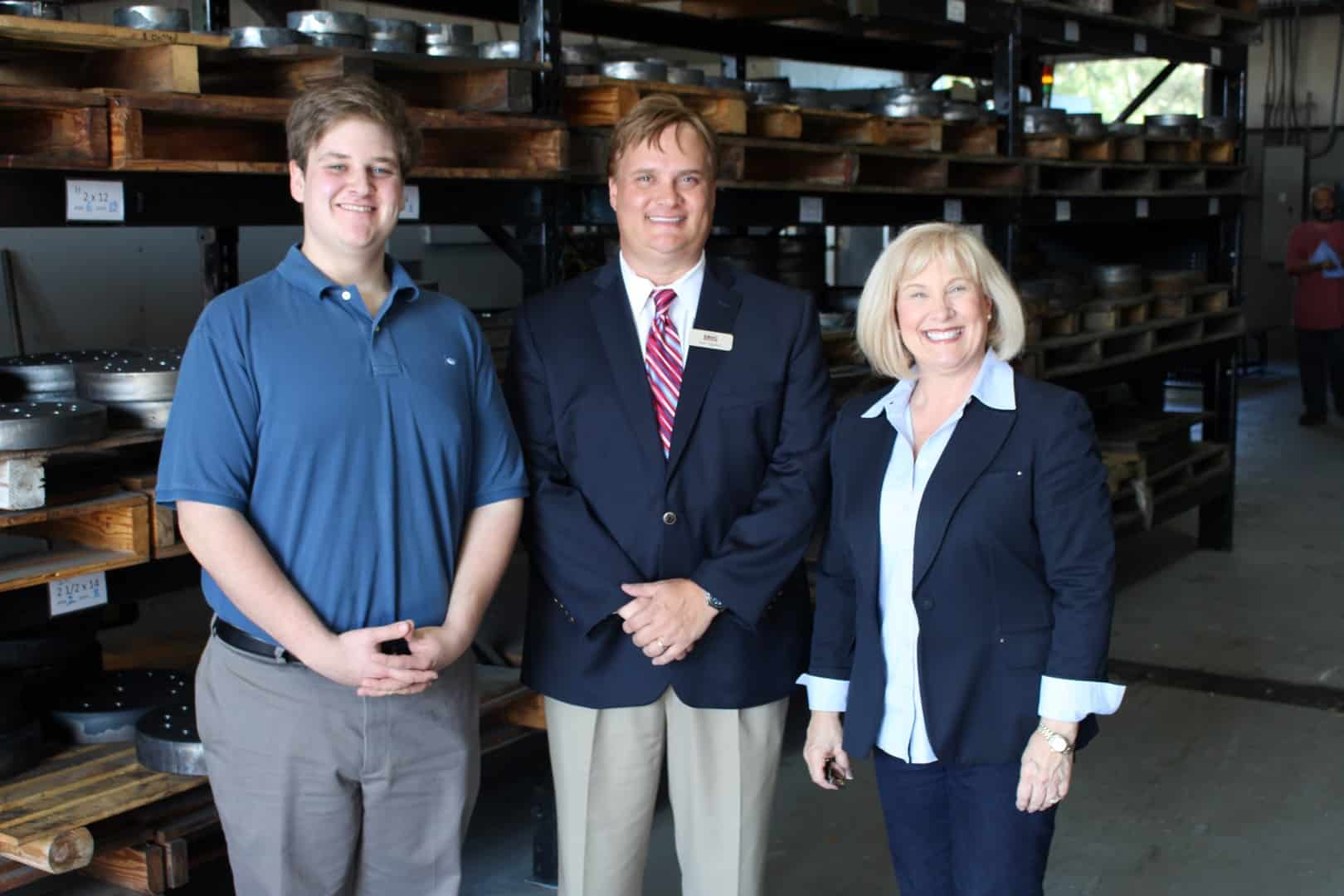 After working in the computer science industry for many years, Mike Mullen decided he wanted his own company. “He went after a company that he would describe as not necessarily sexy, but something that had teeth in the market and could grow,” Mullen’s wife, Cindy, said.

Mike purchased Pro-Tools in 2006. Business was great, sales were blossoming and then things changed economically. “They launched a new website, along with a number of other technology related enhancements designed to increase sales and then the market crashed,” Cindy said. To exacerbate the misfortune, Mike suddenly passed away in 2013. Cindy and her children decided to take on the business.

Cindy is now the president of Pro-tools, alongside son Tyler serving as the marketing director and business development specialist. Taking over the company quickly became a difficult task due to the state of the economy. They knew to bring it to the next level they would need to expand their produce line and that, in turn, would require additional resources.

In order to acquire the resources to grow the business, Cindy and Tyler, along with Director of Operations Chris Kwong, set out to reduce the cost of goods sold and that meant overhauling every minute detail about how the company was run, including labor. They implemented Lean, an effective process improvement tool, to create an efficient flow of raw material, tools, and people. New logistic patterns were implemented; improving the time workers spent walking to and from machines. Inventory systems were also created to track every piece of raw material.

“We stabilized our business and got it to the point where we could focus on the things needed to grow the business,” Cindy said. “That’s taken every bit of the past two years. In that time frame we learned of the Florida SBDC at USF and what they could do to help us grow financially.”

Cindy and Tyler first reached out to the Florida SBDC at USF in August 2014. They worked closely with Jim Parrish, a certified business consultant, who put together an extensive financial analysis for Pro-Tools in 2014.

In May 2015, Pro-Tools started working with Jim Taylor, another certified business consultant, who began an in-depth look into the underlying marketing and sales issues they were experiencing. A stern but motivating Taylor kept Cindy and Tyler on track addressing the critical problems.

“We had to make a shift from putting our focus on the floor and tooling and machinery to looking at marketing and developing that strategy,” Tyler said. “They were all things we knew but it was addressing the elephants in the room and not only that, there were some things that we were doing positively that the Florida SBDC at USF reinforced, and that was good to hear.”

Tyler recently began an extensive data collection project, compiling information regarding customer service, profitability, and demographics. He predicts monitoring customer information will have major implications not only on their marketing strategy but also for the rest of business as a whole.

Cindy and Tyler say they look forward to working with the Florida SBDC at USF in the future and are excited for what the future holds. “One of the most valuable things that we have learned from all of this is that we had to have the hard discussion,” Cindy said. “Again, it wasn’t that we didn’t know this information. The Florida SBDC at USF process is structured in such a way that the consultants work with you to focus on the critical few that are aimed at what will take you to that next level.”