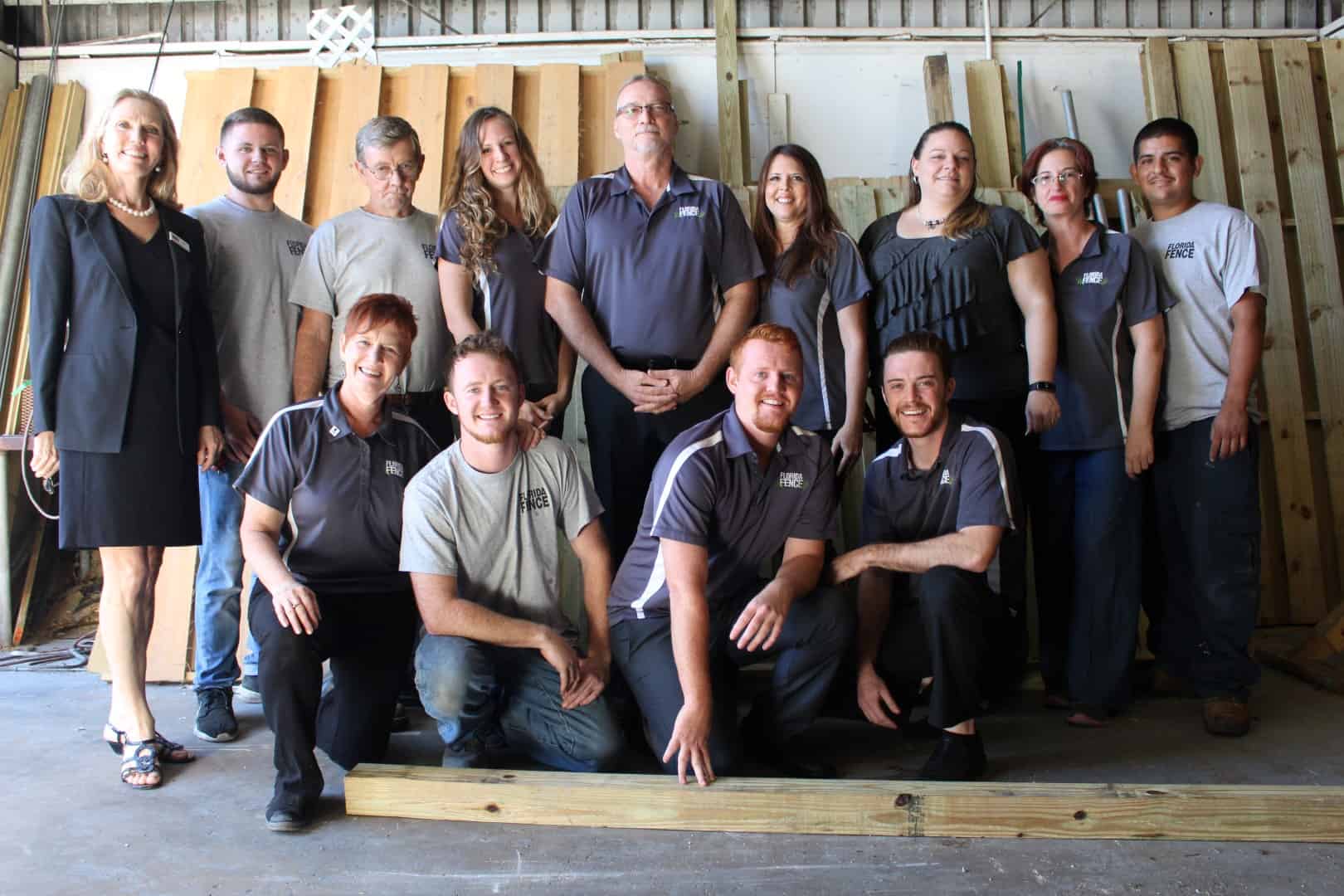 Kevin and Theresa Dermody are no strangers to entrepreneurship. Before moving to Sarasota, the Dermody’s lived in Chicago where the duo owned and operated a successful real estate development and general contracting business.

Upon moving, they decided to sell the company and embark on a new venture in the sunshine state. “We did it somewhat differently, Theresa said. “We bought an existing company as opposed to having a passion and developing that passion like what we had done before. We purchased Florida Fence in 2010 because we were very experienced in construction and it seemed as if it’d be a good fit.”

In their short tenure as owners, Florida Fence has become one of the leading manufacturers and installers of fence in the greater Sarasota area. They specialize in several varieties of fence, including wood, aluminum, chain-link, and PVC.

However, the Dermody’s time at Florida Fence has not always been as successful as it is now. After purchasing the company, they quickly realized business might not be exactly what they thought.

“There were many things that we were unaware of before we had purchased Florida Fences that came into light within weeks after the purchase,” Theresa said. “I can honestly say had we known about those items before the purchase, we probably wouldn’t have done it.”

The purchase that at first seemed like a simple operation was now requiring much more work than they had anticipated. The Dermody’s turned to the Florida SBDC at University of South Florida Sarasota-Manatee in August 2011 with an interest in the Women/Minority Certification for Government Contracting seminar.

They then took advantage of the no-cost consulting, working with Art Mahoney, Jim Martin, and most recently Dr. Anita Rose, all certified business consultants at the Florida SBDC at USF Sarasota-Manatee.

During the time spent working with Rose, Florida Fence has revised their business plan, rethought marketing tactics, and improved financials. Rose recently prepared a Growth Acceleration report, which is an in-depth business assessment, along with a process flow report for the company. “Our biggest challenge was reputation and honor,” Theresa said. “We were able to see the finite details that we had not seen before from a financial aspect, and that is how the smallest little maneuvers could make us such a big difference in the bottom line.”

Utilizing both reports, Florida Fence predicts that in 2016 they will reduce overhead costs anywhere from 7 to 10 percent.

The ultimate goal Theresa hopes to achieve is the feeling that Florida Fence is one body and that no employee is more important than the other. This year the company made every single employee sign thank you cards they send out after each contract. “We want the folks that receive our fences to know that they are backed by many,” she said.

After becoming involved with a local radio station’s mission trip, Theresa has also made it a goal to become more in touch with the community. Starting in September 2015 and continuing through December 2016, for every fence they install, they will purchase and donate a pair of shoes to needy children in third world countries across the globe.

“We’re proud of the growth that we’ve made, but in my heart and soul what I’m most proud of is the culture that we have developed at Florida Fence,” Theresa said. “I would ask any small business to not hesitate or worry that anything is too small when contacting the Florida SBDC at USF Sarasota-Manatee.”