My Office & More of Polk County 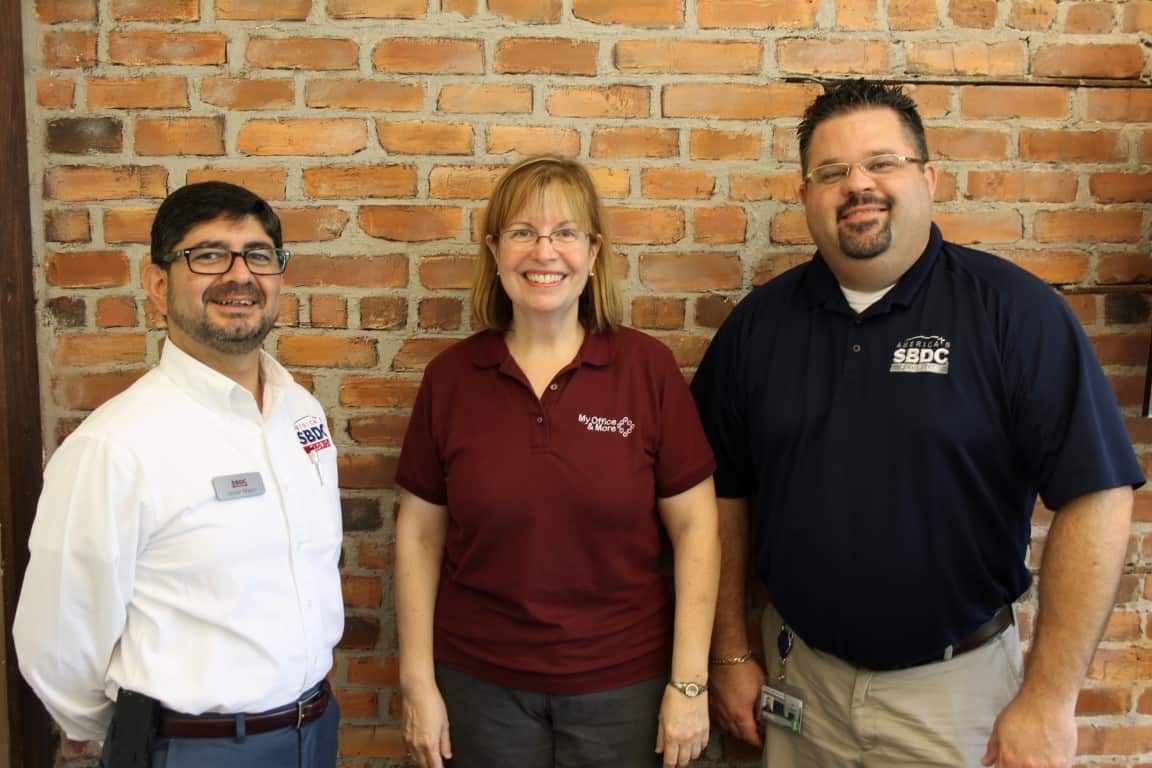 After spending many years working in corporate America, Kate Lake decided to branch out on her own. Years ago, when she had a sales position that involved lots of traveling, Lake was in constant need of an office where she could make calls and do paperwork.
“More recently I was working out of my home and found that it was isolating and that I wasn’t as productive because I wasn’t around people,” Lake said. My Office & More, her new business venture, provides a solution for these issues by offering space for professionals to connect while they work.
In late 2013, Lake began creating My Office & More in Lakeland, which offers coworking and executive office space to small and mobile businesses.

In March 2014, Lake heard about an upcoming class at the Florida SBDC at University of South Florida called Starting your Business, which aims to help small business owners get ideas off the ground. “The biggest surprise was that there were these free resources to help me compensate for areas that I didn’t have experience in,” she said.
Lake took several other classes and eventually teamed up with Javier Marin and Carl Hadden, both certified business consultants with the Florida SBDC at USF. Hadden’s expertise had an immediate effect as he noticed there was already a business registered with the first business name Lake conceived, “My Office.”
The existing business turned out to be a similar concept located in Phoenix, Arizona. “[Carl] had me get in touch with them and I flew out to Phoenix, met them and other people out there as well. Through the process I realized that I needed to change my business model to be a combination of coworking and executive suites.”

Between the one-­‐on-­‐one consulting she received, and the additional classes she took, Lake changed her business plan three times before it arrived at its current state.
After spending hours talking, fixing, and rethinking concepts with Marin, Lake was ready for the all-­‐important loan pitch. Marin accompanied her to one of the financial meetings to help “translate” the confusing financial lingo. In the end, Lake received a loan totaling more than $1 million to help get My Office & More off the ground.
The funding helped secure a space in the heart of historic downtown Lakeland right on Munn Park. It features rugged bricks, mature wood beams, and picturesque views of Munn Park.
The last two weeks in July, Lake held a soft opening where businesses and individuals could use space for free. The official grand opening is August 3.
At the moment, Lake has a diverse list of clients using her services including a pressure washing company, a business consultant, and a property manager. Some clients have leased out entire offices, where others have chosen to simply rent out desk space.
Looking back at the process of entrepreneurship, Lake made it clear she would not be where she is today without the help of the Florida SBDC at USF.
Lake commented on the inherent passion Americans have to complete tasks by themselves. “We like to drive our cars everywhere,” she said. “We like to have that independence and say ‘I can do it all on my own’. The beautiful thing is we can, but boy, it’s a lot harder that way.”

With the grand opening approaching, Lake is closer than ever to officially becoming her own boss. She says the entrepreneurial experience has been rich, allowing her to learn and interact with more individuals than she ever would have before.

Florida Has a Strategic Advantage In Doing Business With Asia

My Office & More of Polk County
Scroll to top