When you think of exporting, looking to Asia may not top your list. Besides the many barriers, other markets such as Canada may seem more appealing due to their familiarity. Marc Mealy, VP-Policy of the US-ASEAN Business Council challenges this notion. He recently spoke about the growth opportunities in the South East Asian region at the Selling to Asia Luncheon, hosted by the Florida SBDC at University of South Florida, an event offered to Tampa Bay businesses in partnership with Enterprise Florida.

Mealy stated that the ASEAN market, which consists of Brunei, Cambodia, Indonesia, Laos, Malaysia, Myanmar, Philippines, Singapore, Thailand and Vietnam is becoming Asia Pacific’s leading regional economic hub. Together the 10 ASEAN economies make it the seventh largest economy in the world. The US-ASEAN two way trade and investment flows are growing in both directions.

The ASEAN market has a population of 630 million potential new consumers in a region with an average GDP growth rate of 5 percent per year. This is phenomenal growth in a region that has expanded 300 percent since 2001. With Singapore, Malaysia, Thailand, and the Philippines topping the rankings for ease of doing business, this region is a great place for companies to begin expanding their exports beyond the Americas. They can do it quicker and with less hassle than many other markets in the world.

Mealy, an International Economist and University of Florida graduate, mentioned he spent a year in Tampa after studying. He is well aware of the local business climate and the strengths and opportunities medium size enterprises have available to them. Many local exporters stick with the Americas, Mealy said in his presentation. Florida has an established trade relationship with Latin America. This is an asset to leverage when looking to do business with Asia. 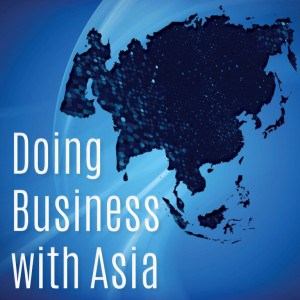 Asian companies, and the ASEAN market in particular, do not have these connections and eagerly want them. Partnering with a Florida-based business that can also connect them with Latin America would be a huge benefit for them. Florida companies can broker multi-national deals by focusing on geographic and time saving advantages when looking to Asia.

Let’s say a Thai company has the opportunity to partner with a company either in Georgia or Florida. If they look at the numbers, Port Savannah is ranked fourth in the nation for container traffic. It is a huge competitor with Florida ports. Plus, the state of Georgia does more business with the ASEAN region. Florida exports are at $2.2 billion in goods and services, while Georgia is at $3 billion. More business is going through Georgia as major corporations such as Walmart, Lowe’s, IKEA and The Home Depot have built major import distribution centers there.

So how can a Florida-based business compete? If the Florida-based company highlighted their ability for quicker re-exports through Miami – the closest port on the East Coast – the company would be in a better location for reaching both the Southern U.S. and Latin American markets. Here lies Florida’s competitive advantage: in providing value by being a regional hub for the Americas.

According to a 2012 study by the US-ASEAN Business Council, the top three industries for exports to the region are electronics, chemicals and transport. In the Tampa Bay area, $300 million worth of products were exported. This trade supported more than 1,400 jobs in the state. In 2014, Florida exports to Singapore reached $534 million, and to Malaysia, $200 million.

Mealy recommends looking to these markets as there is a Free Trade Agreement in place with Singapore, and Malaysia will soon follow once the Trans-Pacific Partnership (TPP) can be reached. Which countries are best for a particular business depends on the industry and product offerings. Also, a company should take into consideration the primary challenges to trade and the risks they are willing to take, as they may signal one market being better over another for entering the region.

In addition to competition with other states, Florida-based business will be vying with companies from Asian leaders such as China, Japan and Korea for sales contracts. Here it is important to differentiate your product and emphasize the Made in America brand. Depending on the type of product, it may be important to offer training within the sales contract. This upselling strategy has secured growth for many U.S. exporters in Asia, as most countries in the region have a low supply of highly skilled labor.

Exporting Can Lead to Higher Paying Markets for Producers

Lakeland business secures funding for start up
Scroll to top