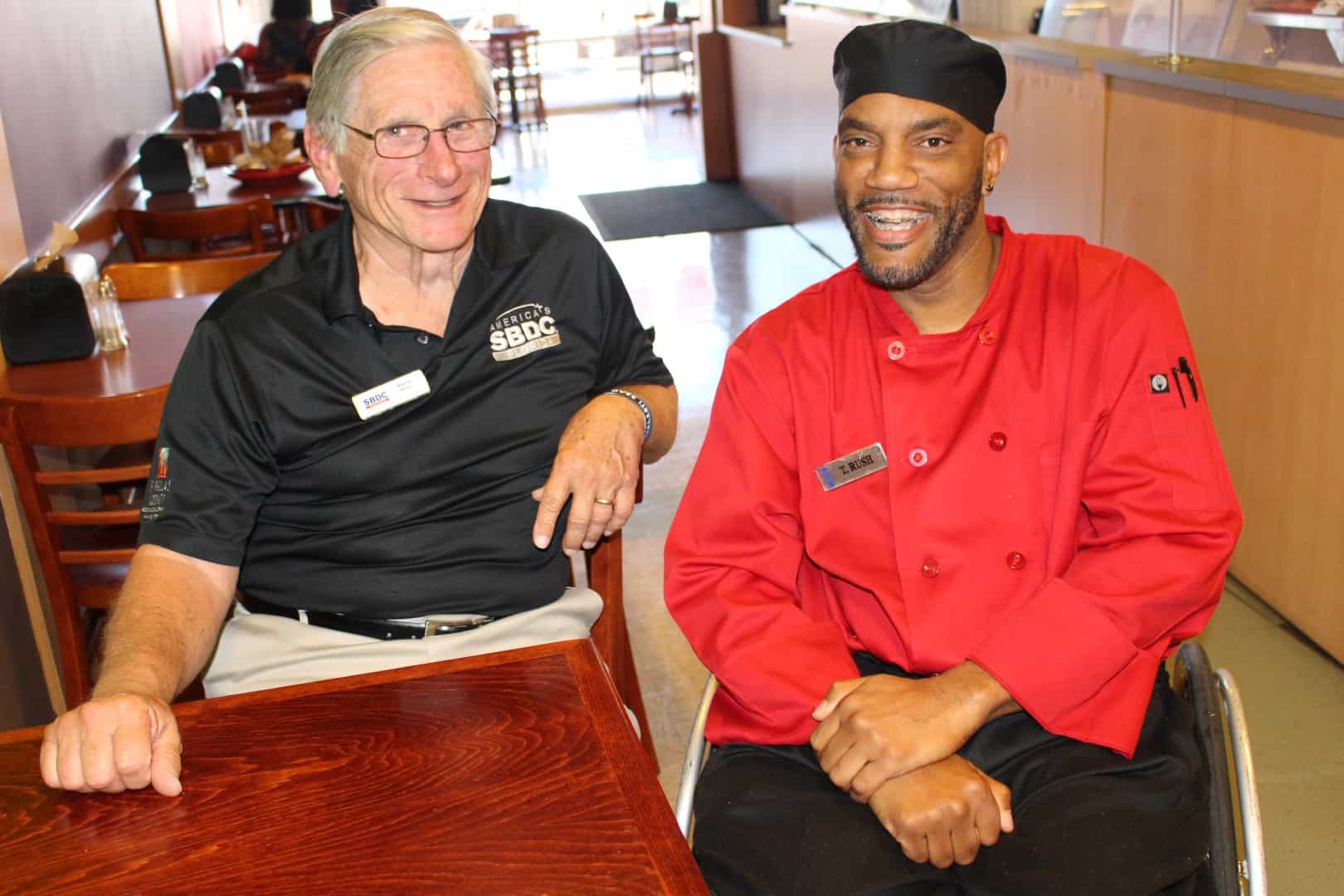 Chef Towan Rush wants people to know that his past does not dictate his future. Shot in a drive by shooting in the early 2000s, Rush has been confined to a wheelchair ever since. Then, and now, he relies on his love of food to reach new heights.

After having run-ins with the law in his late teens and early 20s, Rush knows from first-hand experience that if, “you make the wrong decisions you’re gonna get some terrible results.” Rush has since channeled his entrepreneurial spirit into Rush Hour Chicken & Waffles, the first of its kind in the St. Petersburg area. After graduating from Le Cordon Bleu College of Culinary Arts in Atlanta in 2011, Rush returned home to open his one-of-a-kind restaurant just nine-tenths of a mile from where he was shot.

Rush Hour serves up traditional soul food – shrimp and grits, collard greens, macaroni and cheese, baked beans, and of course, chicken and waffles, just to name a few. They also cater all types of events – weddings, banquets, corporate and festivals.

Since opening in 2012, Rush has relied on the experts at the St. Pete Greenhouse and the Florida SBDC at Pinellas County of Economic Development to help him grow his business. Business consultant Wayne Brass has guided Rush with Website development, social media presence, employee procedures, marketing and developing a business plan for expansion into Tampa.

“We’ve been trying to open another restaurant so Wayne has been helping me with the demographics,” Rush said.

Though Rush is planning for expansion with backing from a few of the Tampa Bay Buccaneers players, he is also paying attention to the challenges a restaurant faces in today’s economy. “Our biggest challenge really is just sustaining customers and making sure to get the brand out there,” he said. To gain exposure, Rush is focusing his efforts on major events in the area, where he can allow people to taste the food.

An additional challenge is sustaining capital.

Looking back, while Rush says he’d be a lot further along if he hadn’t fallen in with the wrong crowd, he is also celebrating the successes and looking forward to the future. Along the way, he says he’ll maintain the relationship he’s built with his consultant and the Greenhouse.

“Just starting out a new company, you don’t have a whole lot of money, especially being a small business,” he said. “It’s a good resource to use – Greenhouse and SBDC. Those are the people that actually helped me in every way they possibly could to get the success that I have, and the success I know I’m destined for.”

Finding the right location for your business