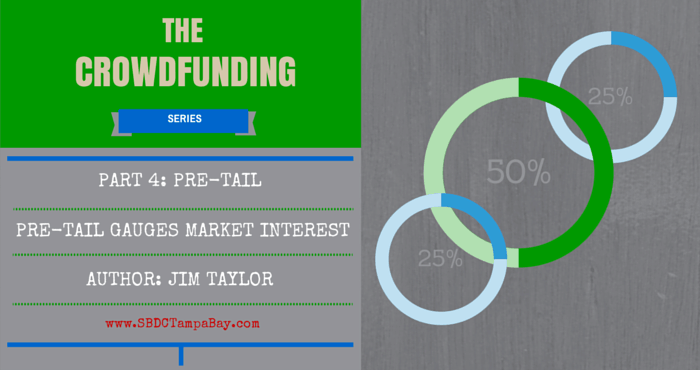 As we mentioned in the article, “Crowdfunding Primer,” crowdfunding has the potential to greatly increase access to capital for small businesses. However, crowdfunding to date has mostly been used for creative or non-profit ventures through reward and donation sites such as KickStarter and IndieGoGo due to the complexity of the regulator environment, restrictions by securities agencies and legal costs.

Crowdfunding can be used for gauging market interest and in gaining pre-orders of a new product to be developed. This strategy is called “pre-tail” referring to retailing products before they are built or developed for the retail marketplace. For example, an interesting new product called Vessyl, by MarkOne raised pre-sales of the product of $50,000 via crowdfunding according to Mark One’s Vessyl Launches Pre-tail for Intelligent Cup in Crowdfund Insider. The device, which tells the user the makeup of beverages inside and consumed in the cup, is expected to retail for $199.  However, pre-orders were given a discount of $99.

This pre-order, pre-tail approach can gauge market interest in a product before investing large sums of money in building and producing product inventory, to save an entrepreneur time and money.  Bad ideas will not receive pre-orders, while ones with market appeal will receive interest in the final product.  With a large pre-order of a potential product, the company may have an easier time using the pre-sales revenue to produce the items, and show potential early-stage investors that there is a market for the product to assist in funding the company operations.

One challenge of taking this approach is that there must be a disclosure of what the product is and does.  Any new or innovative product must have the intellectual property protected prior to releasing it to the public for sale.  An intellectual property attorney will advise as to the need for filing patents, trademarks, or other issues to make sure that after the product is disclosed on the crowdfunding site, that others are discouraged from stealing or taking the technology.  The products still must be promoted and marketed outside of the crowdfunding platform.

This growing use of crowdfunding as a pre-order pre-tail system is a great way to see if the market is interested in your product.  In the short term, pre-tail could be the best way to use crowdfunding for your business, as long as the items are appropriately protected and promoted. 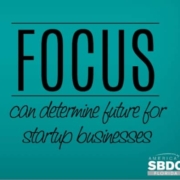 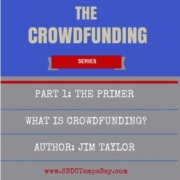 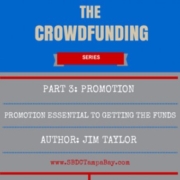 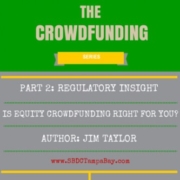