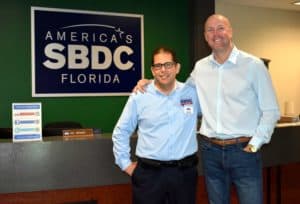 They say money isn’t everything. Even while making a nearly six figure salary working in the banking and finance industry, Koll Hartvigson just knew there was something more that he wanted to do.

“I walked away from a six-figure job to accomplish my dream, which was to start my own business,” he said. “I wanted to create something of my own instead of working for other people and making them money.”

Feeling invigorated and liberated when he made the jump, becoming an entrepreneur was also a scary proposition. But he knew what he wanted to do and knew there was a market for it. And so Read2MeDad.com LLC was born. Read2MeDad is a publishing company specializing in kids’ action and suspense books.

“I have three sons of my own and when I was looking for books for them, I was unable to find books that filled that need,” he explained.

Hartvigson also wanted to make it easier for dads to connect with their children. “Sometimes fathers have trouble relating to their kids [with books] so I wanted to create a type of book that a father could relate to, making it easier for them to bridge the gap,” he said.

Hartvigson went to work writing the content while also putting together a team of illustrators, editors, formatters and more. The books are now sold on Amazon.

While he knew what business he wanted to be in, it wasn’t until watching the Discovery show Undercover Billionaire that he got the idea to reach out to the local Florida SBDC at University of South Florida.

“One of the most challenging things about starting your own business is you’re essentially by yourself,” he said. “For me, after spending 20 years in the corporate world, there was always a blueprint or a plan laid out, whereas when you start your own business, you really don’t have that. So when I saw that [in the show], I said that sounds like a great idea.”

Hartvigson did his own research on the Florida SBDC at USF before reaching out to make an appointment, but when he did, he was put in touch with certified business consultant Pablo Arroyo. Arroyo is a Certified Global Business Professional and a Certified Marketing Executive.

“Immediately, it was like a burst of energy put into my business,” Hartvigson said. “I instantly recognized that this is someone who has spent a lot of time working with other business owners and pointing them in the right direction.”

Arroyo guided him in regards to where he was spending his money, marketing opportunities and other things that were available to him in the online publishing sector. “He really just gave me a lot of advice and fresh, new ideas that have helped me grow my company,” Hartvigson said.

The ongoing consulting with Arroyo has led to significant growth for Read2MeDad. “Since working with the SBDC at USF and Pablo specifically, through my book sales on Amazon, year-over-year I’m up 600 percent.” Beyond that, Hartvigson is opening up other avenues for promotion, including becoming more active on social media and participating in local book readings. He’s also hired his first employee.

Italian eatery cooks up success in Sarasota
Scroll to top