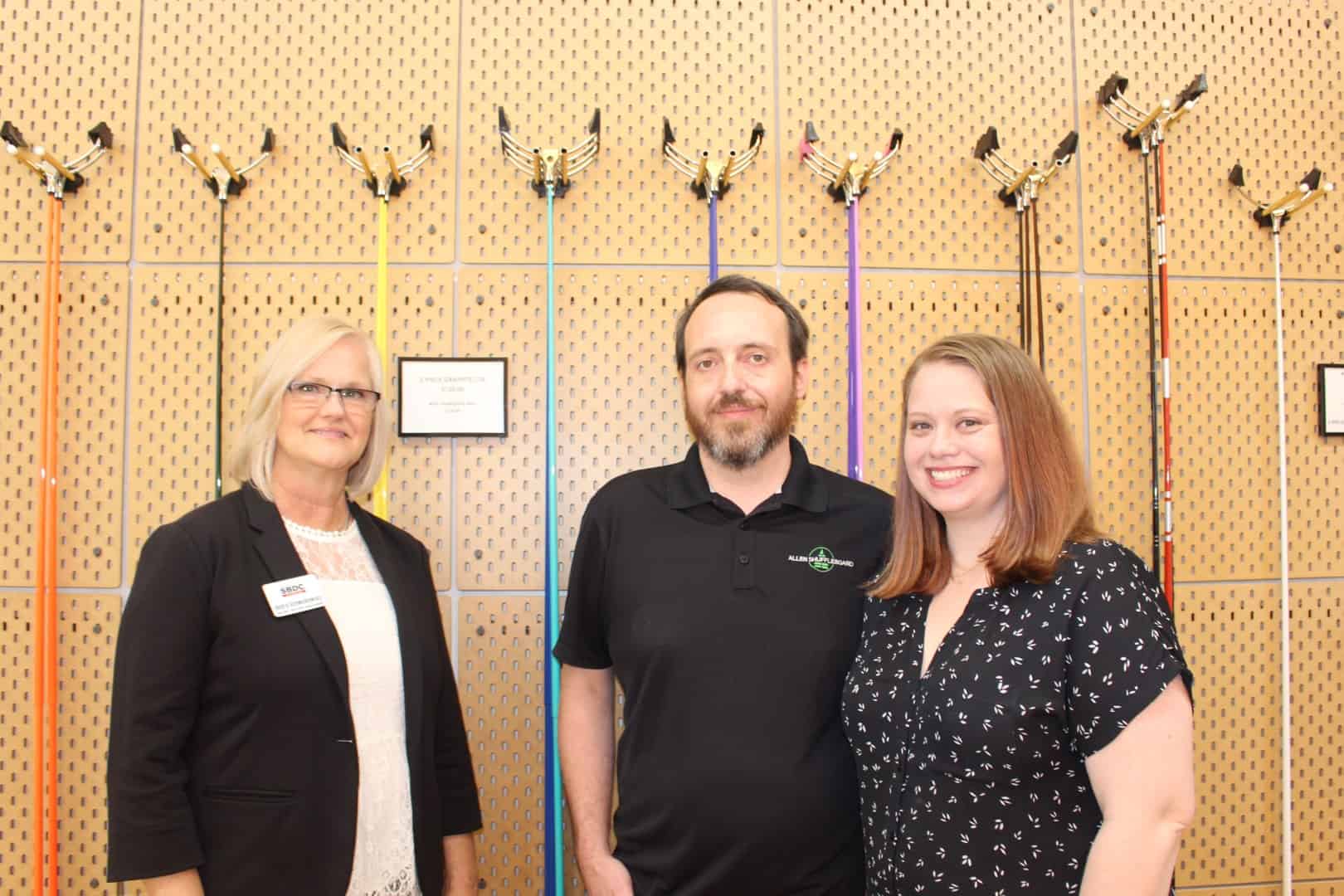 Allen Shuffleboard, the primary manufacturer of shuffleboard equipment in the United States, has been in business since 1941. But three years ago, the owners decided to make their family friends a proposition – to purchase their business.

Stephanie Swain and Josh Dulabaum thought the idea was a little crazy at first, as they both had full-time jobs and careers of their own, but the couple eventually realized they couldn’t pass the opportunity up to purchase the Seminole-based business.

“I left my career and ended up working as an apprentice,” Dulabaum said. “I learned all about how the business was run directly from the owners. Then, in May, Stephanie made the transition over.”

Despite their eagerness to purchase the business, Dulabaum and Swain realized that they needed some guidance through the purchasing process.

“As we were approaching the actual purchase of the business, we had questions about government contracting and other government grants that might be available to us,” Swain said. “I called around quite a few places, and finally found the Florida SBDC at Pinellas County [PCED]. I spoke with Yolanda over there, and she was able to answer all of the questions that I had. She was so helpful that whenever we ran into an issue with financing, I called her back to see if she had any contacts. That’s when she sent me to Deb. Deb looked at our business plan, and we were so lucky to find them when we did.”

Debra Schweikowsky a business consultant for the Florida SBDC at PCED, assisted the duo in building their business plan and gave them financial guidance, including recommending some lenders that might help fund their purchase. This led to the couple getting partially financed through Pilot Bank.

Swain and Dulabaum are excited to be moving in the right direction just six months into being the owners. Even with the impact COVID-19 has had on many businesses, the pair has already pivoted with online sales.

“COVID-19 was interesting,” Swain said. “We’ve been still kind of recovering, but we were able to bring back some of the staff that had been let go when the economy was so uncertain, and we’ve actually been able to hire additional staff. We’re also starting to see the return of indoor shuffleboard, so that’s really exciting for us.”

Both Swain and Dulabaum are grateful that they contacted the Florida SBDC at PCED when they did.

“I think we’re really lucky that we found them because they have a wealth of knowledge. They’ve worked with so many different companies in different industries. There’s no playbook when it comes to acquiring a business it turns out, so having someone help us handle it is huge,” Swain said.

Moving forward, Swain and Dulabaum are excited to utilize the resources available to further grow the business.

“As we continue to grow, I know that we’re going to have additional questions,” Swain said. “In the future we’re going to need to purchase a building, and I know that I am going to have the resources to reach out to someone who knows how to do that when the time comes. When I have questions about what I need to have prepared and what I need to think about as far as when we’re making the actual purchase, I will not hesitate to reach out to the SBDC.

“I’m so excited to have that resource available. It just makes the steps of being a new business owner so much easier to know that we’re not alone.”