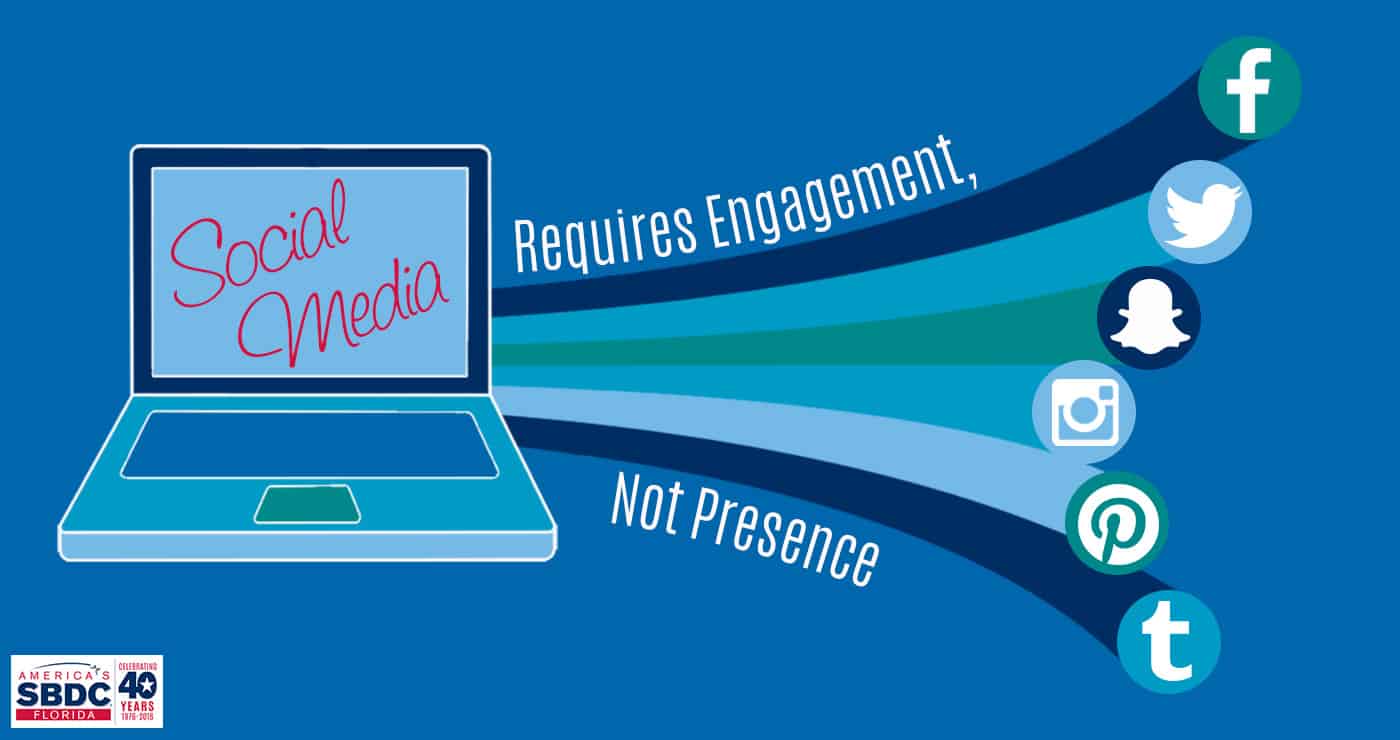 These days we hear so much about tweets, followers and posts that social media can quickly become overwhelming.  It has inundated every curriculum relating to starting, growing and running a business but is it really that important?

Yes.  Social media is without a doubt vital to any company in today’s economy.  It is becoming so increasingly important that it’s starting to look unprofessional if a company doesn’t have a Facebook or Twitter account.

In addition to the two dominant platforms, there is a secondary group of social platforms emerging in the professional world; Snapchat, Instagram, Pinterest and Tumblr. Yes, Snapchat. The app best known for teenage selfies is now making its way into the professional realm.

Every social platform has a specific use and it’s important to analyze which ones are necessary for your business. Companies are too worried about presence on every platform instead of being focused on two or three quality accounts.  Stop concerning yourself with what other companies are doing and critically think about what works best for yours.

BlueGrace Logistics, a small business in the Tampa Bay area and client of the Florida SBDC at University of South Florida, has demonstrated expert use of social media.  They’ve taken the time to develop their Facebook, Twitter, and YouTube platforms.  One might think, how can a shipping company devise 2-4 tweets a day? It takes time, effort and creativity.

It’s no secret the more platforms a company’s on, the harder it becomes to manage. Depending on the size of a company, social media is now important enough to warrant hiring a distinct employee.  Create a plan that will address how often and what you will post.