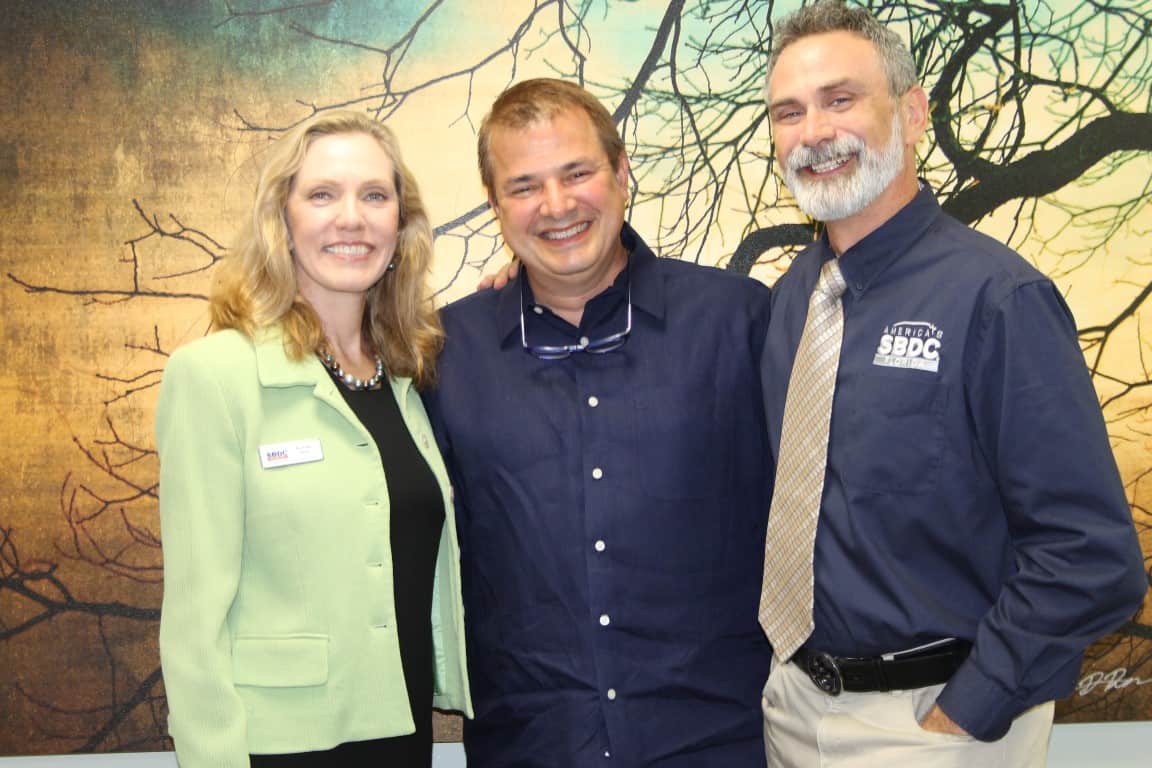 “When I was in college, the way I studied was with flash cards and I would write a question on one side of the flash card and write the answer on the other side,” Eric Blumthal, co-owner of count5, said. “I’d go through 10 flash cards a day and when I knew the answer by heart, I’d put it aside and work on things I didn’t know. That’s kind of how our software works.”

count5 started 10 years ago in Atlanta, eventually making its way to Sarasota as Blumthal relocated his family in June 2011. Its platform, Q, features a proprietary notification system used to train employees. The subscription model software allows organizations to subscribe and create their own content for employees to be quizzed. “Typically, our weekly user engagement level is higher than practically any employee-facing technology out there. On a weekly basis, we get 95 percent completion by all target employees.”

While Blumthal knows the brain science behind the technology, being a small business has presented challenges outside his realm of experience. In talking with a fellow business owner and HuB resident in Sarasota, he learned of the Florida SBDC at University of South Florida Sarasota-Manatee, and was instantly intrigued.

“I reached out to Anita about a week later,” he said. “I wasn’t sure what to expect but I was certainly interested. The best way I can describe it is like a little hybrid of having your own Accenture combined with your own little Gartner group.”

Blumthal quickly engaged the Florida SBDC at USF Sarasota-Manatee to complete a business assessment on count5, which included a comprehensive look at the financials and areas for future growth.

“SBDC provided our financials in a format that made it much easier to visualize and to make decisions – that was huge for us,” he said. “A big realization to us revolved around receivables and cash flow.” Due to gaps in operations, the assessment revealed that the company was leaking money because of poor execution on receivables. “It had nothing to do with customer satisfaction or not delivering on our promises. It just had to do with our operations.”

The team went straight to work on attacking the low-hanging fruit, shoring up operations. “That’s made a significant difference in our overall cash flow,” Blumthal said. He added that the management team is now using the assessment as the foundation to determine what the next go-to-market product will be.

The assessment has allowed count5 to launch a formal marketing strategy and they are working to fine tune their messaging moving forward, all with the assistance of the Florida SBDC at USF Sarasota-Manatee. According to Blumthal, 2015 revenues are expected to improve 500 percent over 2014, due in part to the assistance received from the Florida SBDC at USF Sarasota-Manatee.

“Having resources available that can not only provide some research and insights on what we’re doing and how we compare to other organizations, but also overall consultation on finances, receivables and how to structure the business for growth, is essential,” he said.