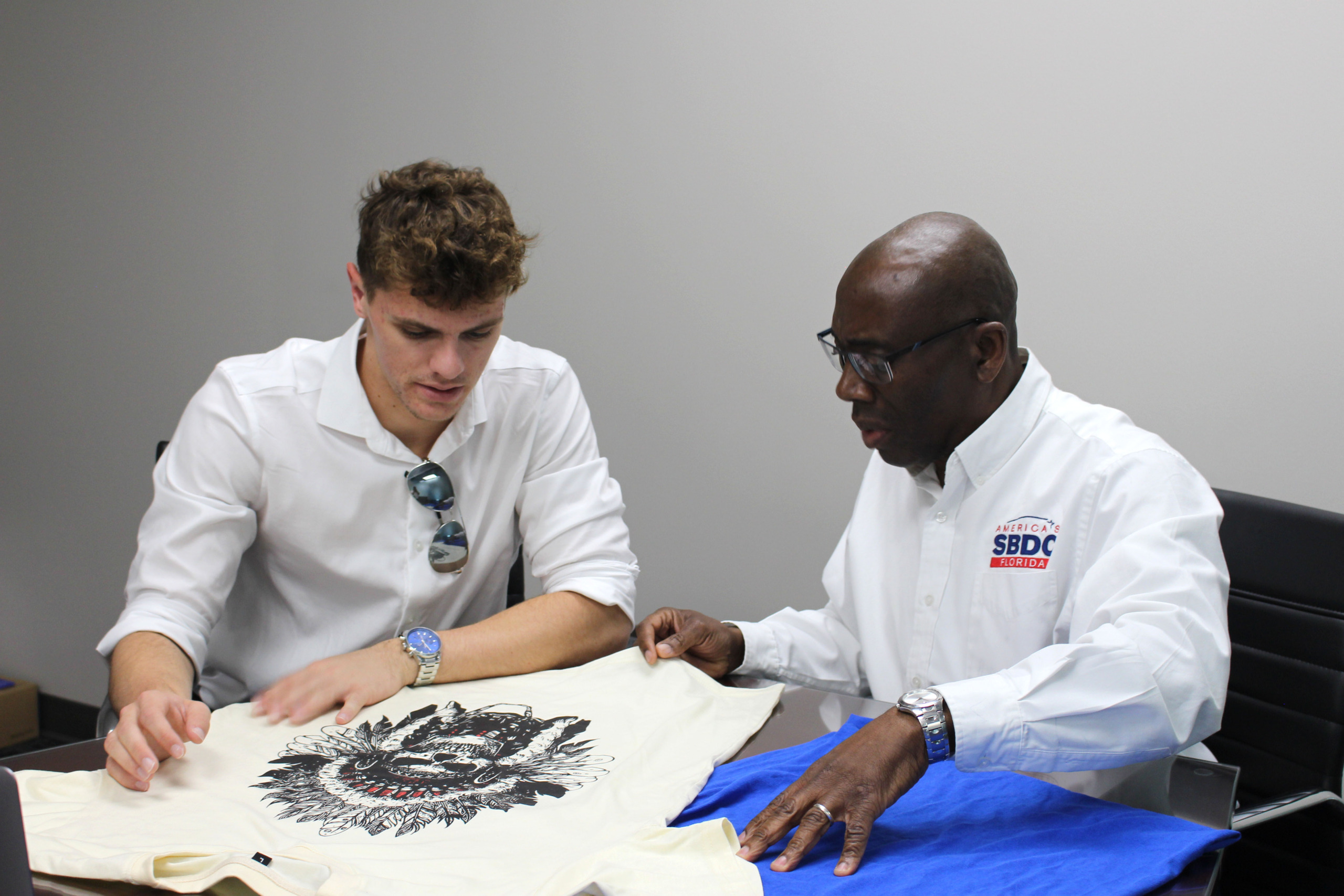 Aidan Lilienthal, a current senior at University of South Florida Muma College of Business, started taking steps late in his freshman year of college to build what is now a successful online clothing store. Growing up, Lilienthal always had an affinity towards design, style, and fashion, and while he was studying in lectures, he dreamed of being an entrepreneur.

He then realized that he didn’t have to wait until graduation to build this dream.

However, Lilienthal needed more than just his skills in design, and this led him to reach out to the Florida Small Business Development Center (SBDC) at University of South Florida (USF). He was able to work with several consultants on various aspects of growing his business.

“I’ve worked with Christine Jaros, who helped me initially with the back end set up of the business and kind of figuring out that brand positioning, who I need to talk to in certain details with a lot of the questions that I didn’t even know to ask initially,” he said.

Lilienthal then worked on financial variables in order to estimate cost for his products.

“I worked with Simplice Essou to initially register my business as well as set up for the Internal Revenue Service and the Florida Department of Revenue, in order to orchestrate taxes,” Lilienthal added. “I also worked closely with him on a lot of Excel documents, a lot of fine-tuning details for those variable costs, fixed costs, the pricing calculators [and] how many units we’re going to need to sell.”

After initially getting his business set up, he worked with the Florida SBDC at USF team on marketing and honing in on his brand.

“I started working with Scott Carpenter, who had told me initially sort of the marketing viewpoints and perspectives that we were looking for, and how to orchestrate those when you get into photo shoots and overall Instagram posting,” he said. “Getting a lot of those marketing details correct and at the right time in order to thrive in business [was important].”

“My message to other small business owners is to take advantage of the SBDC at USF, which is a great invaluable resource for knowledge, answering your questions, and making you think about the questions you may not even know to ask.”