The Busy Buddy of Pasco County 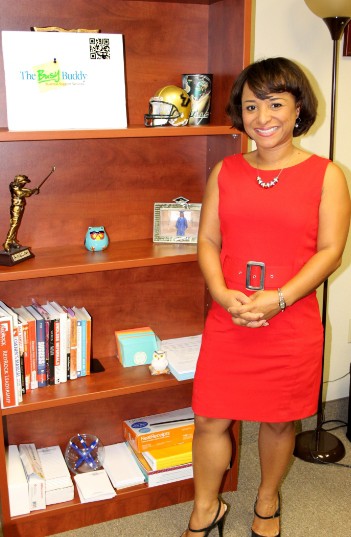 Kellye Dash, owner of The Busy Buddy, has a love for technology. She says she likes to “create order from chaos.” In 2009, she was working full time for an information technology company when she decided to start her own business.

When she decided to take it full-time, she began by attending training seminars at the Florida SBDC at University of South Florida, in Tampa. In addition, she met with certified business consultants Marty Zients and Pearl Dahmen, as well as others, in one-on-one consulting sessions. “I’m a strong supporter of the local resources available and they are a part of USF – I have loyalty there,” she said. Dash sought assistance in a variety of business areas, including accounting and marketing.

She also traveled to the office to complete marketing research for her business.

Dash is a graduate of 2007 from the University of South Florida, where she studied public administration and sociology. She said her degree helps her better understand people and communication skills in general. She even uses S.W.O.T. analysis she learned at the university as a method for dealing with challenges in the business world.

“It’s all about people who are busy,” Dash said. “Early on, I managed the personal affairs of busy people…made phone calls and travel arrangements, but then I also managed clients’ business operations, putting together documents and spreadsheets.”

Since opening her business in 2009, Dash has grown her business from being a part-time operation, to a full-time one with two part-time assistants. In addition, she is a member of the SMARTstart Business Incubator in Dade City, as of January 2014. “I was working from home which is fine, but I felt like I was on an island by myself and you don’t have people you can talk to and bounce ideas off of,” she said of her experience there so far.

“At SMARTstart, they promote my business and provide business resources to help my business grow. My exposure has been amplified just by being a part of the program.”

While SMARTstart is a two-year program for Pasco County businesses, Dash has high hopes for the growth of her business in the future. She said her goal is to enhance the social media and email marketing support side of her business, which has been in high demand, and to eventually become a self-sustaining business. “I am definitely focused on graduating out of the program and into my own space in less than two years,” she added.

With the growth she’s experienced so far, in clients and partnerships, she is on track to do just that. She recently partnered with SyncPointe to be the Director of Social Media Management, and she recently launched her own podcast show called The Crazy Marketing Ladies Show, collaborating with four other local women business owners.

In addition, she says it’s important as a woman business leader to be involved in the community. She has volunteered with organizations such as Sunrise of Pasco and United Way of Tampa Bay. She is also a member of Tampa Bay Business Owners, and both the Dade City and Wesley Chapel Chambers of Commerce.

Through it all, she said she realizes the resources are there to help her at every step of the way. “I’m not an accounting person,” she said. “I know how to do the work. I’m an implementer. As entrepreneurs, we get stuck and overwhelmed and just being able to say to someone ‘I have a hundred things to do but what should I really be focused on,’ is such a resource. I don’t know why more entrepreneurs don’t take advantage of the resources, but if they’re not going to, I am.”

The Busy Buddy of Pasco County