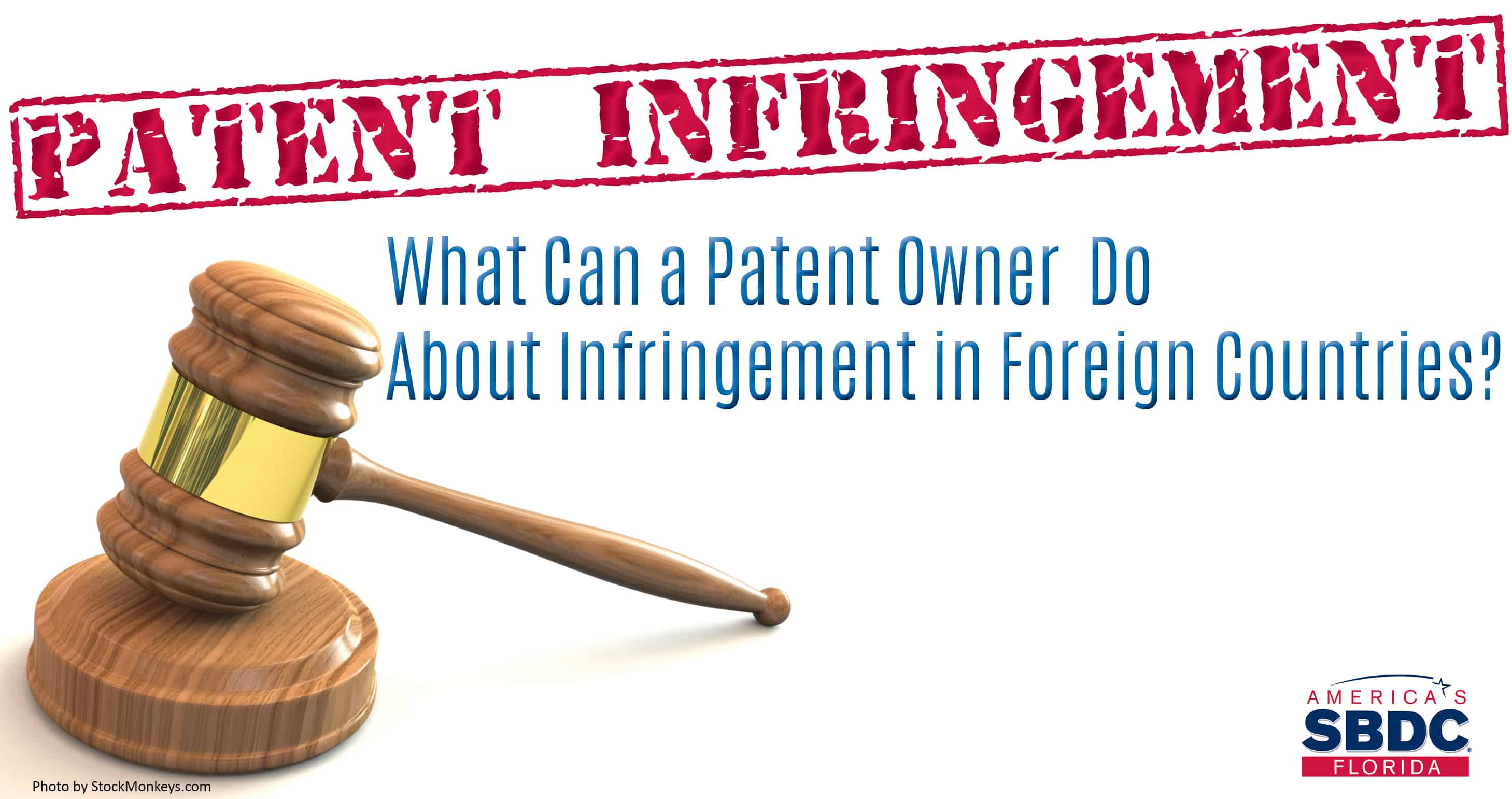 Special for the Florida SBDC at USF

Patents are granted in individual countries and are only enforceable, per se, in the granting countries. Thus a U.S. patent gives no rights outside of the U.S. But note the following:

A U.S. patent holder can block importation and sale of an infringing machine, manufacture or composition of matter in the U.S. and can sue for damages. Suit can be brought against foreign companies in U.S. federal court, so long as the patent holder can serve the infringer.

Services provided via the Internet utilizing a patented process are a special case, where there is no literal importation, but there could be sales or offers to sell in the U.S. A suit in U.S. federal court is possible in such a case.

But make note, this process can get extremely expensive and litigating in foreign countries is even more expensive. This typically only makes sense for large, well-funded companies with large foreign markets.

Business or Home in Trouble?

Developing A Niche For Your Business
Scroll to top