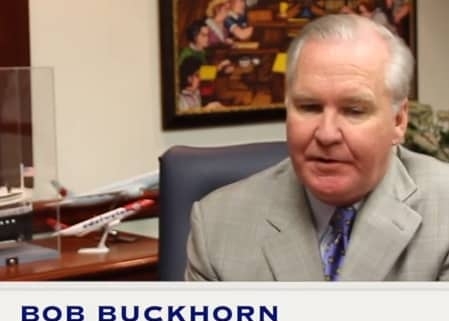 In an effort to foster job creation and enhance Tampa’s economy, Mayor Bob Buckhorn is driven to make Tampa’s name synonymous with international trade. Due to Tampa’s deep Hispanic roots and multifaceted opportunities of trade access, Buckhorn’s presumably challenging feat has been a successful one.

“We’ve got to expand our horizons. We’ve got to expand our vision,” Buckhorn said. “We have certain natural trading partners around the world where we have competitive advantages. So for us, it was a natural extension of what we do domestically. I have been happy to do it and it has been paying dividends and I think it will pay increasingly more dividends as we move forth.”

Buckhorn has taken many steps to ensure this endeavor is successful. One of the beneficial components has been teaming up with other local government entities to make the Bay area an appealing package.

In December, Buckhorn is teaming up with Mayor Rick Kriseman of St. Petersburg and heading to Chile to lead a delegation and advocate for the entire Bay region. It will be the first time the two cities will join together to promote the region.

“Each of us has separate strengths, but together we are that much stronger,” Buckhorn said. “The great thing is we are all on the same page. We don’t do drama anymore. Everyone is focused, everyone is involved, everyone is asked to participate and pull their own weight.”

For the past four years, Buckhorn said everyone has been putting aside their own personal interests and focusing on executing the united plan. He said knowing what the end game is and knowing the communities are stronger together is the key to making the Bay area a competitive interest internationally.

“We go out and just do it,” he said. “I don’t allow drama around here and I don’t expect drama from anyone else. It doesn’t matter who gets the credit, all that matters is that you get the job done. And we are getting the job done.”

Buckhorn and company has been successful in their endeavors in Central and South America. He said he believes the reason behind the success is culture that a lot of local residents share with the areas. He said they are also natural trading partners due to how close they are.

“Tampa is the closest port to the Panama Canal,” he said. “We are the largest port in the state of Florida. It makes sense for us to pursue that business with the widening of the Panama Canal. There will be tremendous opportunities for us.”

Though Buckhorn said he presents the area as a booming market open for international business, he also sells the beaches and theme parks.

Though the tourism angle has paid in dividends already, Buckhorn said it was a hard sell at first. When he first pitched the idea of flights to and from Tampa to the CEO of Copa Airlines in Panama, he was told that there were no plans to expand to the Bay area because he did not know anything about the market.

“For the next two years, along with Joe Lopano at Tampa International and our Chamber of Commerce, we pursued that,” he said. “We made the case to them in very data driven synopsis. Not only would it make sense for them to be there, but also it would not poach from their flights going out of Orlando.”

Buckhorn’s team was able to build the case and was able to convince the airline that Tampa was a great investment and he said Copa Airlines could not be happier.

“The load factor for Copa Airlines flying out of the Tampa International Airport has been north of 70 percent,” he said. “So they are ecstatic with the results of what has occurred here.”

It is a move that he said is beneficial to the Bay area as well. He said there has been an increase in jobs, increase in direct foreign investment and an increase in opportunities for US and Florida businesses.

“It is a win-win for everybody,” he said.

Central and South America are not the only areas the mayor has targeted to increase international travel. He said the European market has been very good to Tampa and is one of the city’s largest trading partners. He is looking to expand the relationship even more. Currently Tampa International Airport has direct flights into London and Zurich. In the fall of 2015, there will be a direct flight to Frankfurt, Germany as well.

With the expansion of the Panama Canal and the fact that Tampa is the biggest port closest to the canal, the mayor now his sights set on the Far East as well.

“Think about a container having to come to the United States and having to get unloaded in Long Beach, California, and then trucked all the way to the east coast of Florida,” he said. “That adds cost and time. If you cut through the Panama Canal…we now have rail connections in the Port of Tampa. We have the I-4 Connector, that will allow you to get from the Port of Tampa to the state of Maine without a single traffic light. That speed to market is what makes us more competitive.”

He said that there are untold opportunities for the city, and that the city must remain focused, dedicated and disciplined.

“This is work from dawn to dusk,” he said. “So we do it. That is what we do. We go anywhere, any place, any time, in coach, to make the case in why Tampa is a good place to do business.”

The city started with baby steps, he said, but added he thinks the city has invigorated the efforts. He said over the next four to five years, residents are going to see more revitalization.

According to Buckhorn, domestically the Tampa Bay area has created more jobs than any other area in the state of Florida in the last year. He said in 2013, the city did $2 billion of construction work in Tampa and he plans to continue to build on those successes.

Not only does he want to make the city attractive to international trade, but he also wants to attract young professionals to help stimulate the economy.

“We’re going to see more jobs created, more contracts being given,” he said. “The businesses that go down with us, we match make with the other businesses in the countries we are in. It has produced millions of dollars in contracts. So we need to do more of that and certainly on my behalf, I will continue to do that.”

Buckhorn is traveling to Chile on a trade mission trip with representatives from 14 local economic development agencies, beginning December 1, to bolster economic ties with the country.