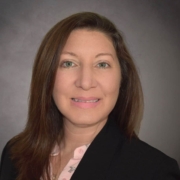 Stacey Dadd has been with the Florida SBDC at University of South Florida as the Marketing and Communications Officer since August 2013. She is responsible for all marketing efforts within the 10-county Tampa Bay region. Pierce has built her career in print, visual and audio communications. She began her career as a writer at a daily newspaper and worked her way up to regional editor and eventually, corporate recruiter. As a corporate recruiter she was responsible for hiring, troubleshooting and headhunting for 54 newspapers in nine states. Later as a teacher in the Polk County School District, she developed award-winning yearbook and newspaper programs at Ridge Community High School and Lakeland High School. She was nominated for teacher of the year honors in 2007, 2012 and 2013 at her respective teaching establishments.

In 2012, she was the recipient of the Julie E. Dodd adviser scholarship from the Florida Scholastic Press Association. Dadd earned her master’s degree in digital journalism and design at University of South Florida St. Petersburg. She is also a Certified Marketing Executive and holds additional certifications in Adobe InDesign and Photoshop, as well as broadcast journalism and inbound methodology. In 2015, she also earned a certificate in Marketing Strategy from the Samuel Curtis Johnson Graduate School of Management at Cornell University. Most recently, she earned the Google Analytics IQ Certification. Most recently, Dadd was named the 2018 Ambassador of the Year for the Florida SBDC at USF region.